Driverless cars are still in their infancy, but the market is rapidly approaching a turning point. In 2021, there will be an estimated 51,000 autonomous vehicles sold, and that figure is expected to increase to more than 33 million driverless vehicles sold annually in 2040. These vehicles have the potential to eliminate 300,000 deaths on U.S. roads every decade and could create a massive $7 trillion passenger economy.

While we're still near the starting line in this driverless-car race, a clear leader is already emerging. Alphabet's (NASDAQ:GOOG) (NASDAQ:GOOGL) Waymo, formerly Google's self-driving car project, already has the technology and experience to win this race hands-down.

The advantages that will give Alphabet the win 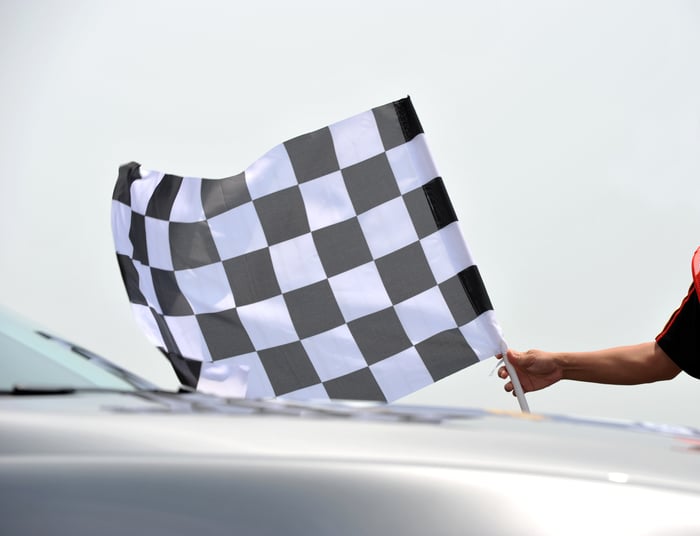 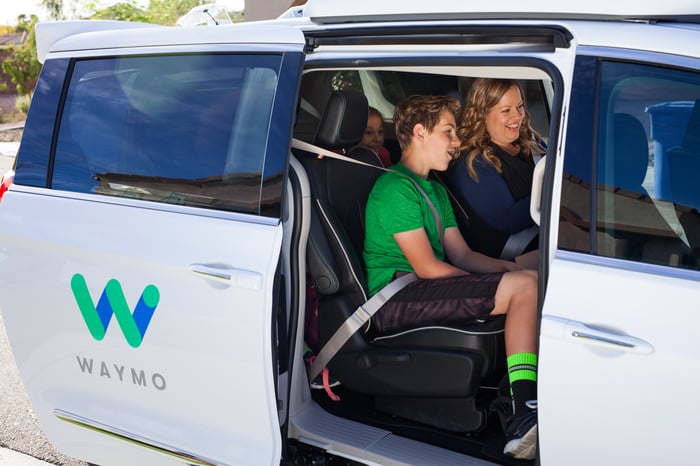 While Alphabet's Waymo is dominating the driverless-car tech space right now, investors should remember that it's still going to take years for Waymo to build sales in this segment. There are still regulatory hurdles the company might face, and it's going to take some time for the company's services to expand across the country.

Waymo has said from the beginning that it wants to turn its driverless vehicle company into a profitable business, and it's getting very close to achieving that goal. At the end of July, the company began displaying possible prices in its Early Riders program app. The company isn't charging anyone yet, but it's yet another step toward the company launching a commercial ridesharing service sometime later this year. Waymo likely won't make much from its autonomous ridesharing service initially, but Morgan Stanley analysts believe that Waymo's autonomous taxi service could eventually be worth more than $175 billion.

That figure is based on an estimated $80 billion business for the company's ridesharing services by 2040, a $90 billion autonomous logistics business (allowing last-mile deliveries for businesses), and an additional $7 billion from Waymo licensing its technology to automakers.

Once the company launches its widespread commercial ridesharing service, Waymo's advantages will start to set it apart from other companies pretty quickly. For example, automakers that are currently behind in driverless cars might be more apt at that point to stop spending time and money developing their own driverless tech, and instead license it from Waymo. No matter how it plays out, Waymo's driverless car advantages are starting to become crystal clear. And if Morgan Stanley's estimates are even remotely close to accurate, then investors would be wise to keep an eye on Alphabet's current lead in this expanding market.