Shares of the Irish biopharma Amarin Corp. (NASDAQ:AMRN) gained as much as 311% in pre-market trading today. What caused this explosive move northward?

Amarin reported this morning that the prescription fish oil pill Vascepa met its primary endpoint in the large cardiovascular outcomes trial known as Reduce-It. The study was evaluating the drug as an add-on to statin therapy in patients with elevated triglyceride levels. 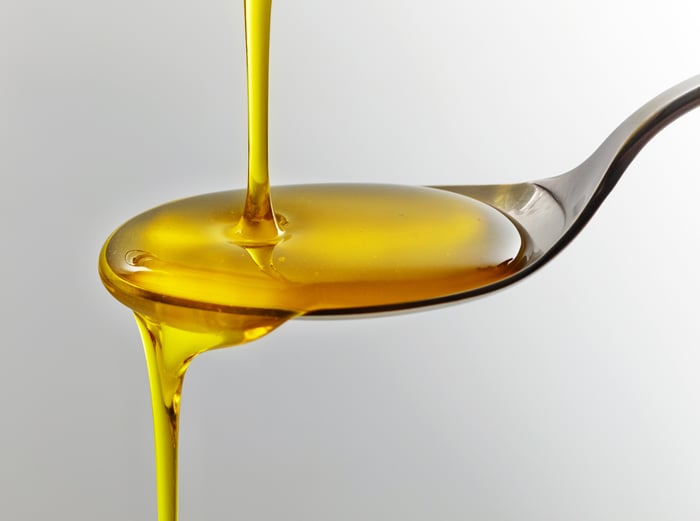 Turning to the specifics, Amarin noted in its press release that patients receiving Vascepa exhibited a 25% relative risk reduction of major adverse cardiovascular events, compared to those on placebo -- a highly statistically significant result (p<0.001).

With this unquestionably strong trial result in hand, Amarin should now have little trouble getting Vascepa's label expansion approved in the United States. And this putative label expansion should, in turn, cause Vascepa's sales to grow exponentially in the years to come. At peak, for instance, the company has suggested that Vascepa could generate up to a staggering $2 billion in sales with a broader label that includes patients with persistently high triglycerides despite being on statin therapy.

Amarin plans to release additional details from the study at the 2018 Scientific Sessions of the American Heart Association on Nov. 10, 2018, in Chicago, Illinois. Before then, however, Amarin may become a red-hot buyout target. Companies with deep interests in the cardiovascular arena like Pfizer, after all, are currently searching for new blockbuster products to boost their top line and they have more than enough cash to scoop up a tiny company like Amarin.

That's not to say that Amarin is destined to get bought out, but these types of drugs are highly sought after in the pharmaceutical industry. So, it wouldn't be surprising if Pfizer or another top biopharma snapped it up before year's end.