Find out which of these stocks suffered the biggest hit.

Monday was largely a down day on Wall Street, with most major benchmarks finishing the session substantially lower. New controversy in Washington has some investors concerned that further turmoil for the Trump administration could derail the stock market gains made during the past couple of years, while nervousness about the likelihood of progress on the trade front also contributed to the market's overall mood. In addition, some company-specific news led to some high-profile declines. Michael Kors Holdings (CPRI 3.00%), Tilray (TLRY), and Chuy's Holdings (CHUY 3.50%) were among the worst performers on the day. Here's why they did so poorly.

Shares of Michael Kors Holdings dropped 8% on news that it's in talks to purchase a fellow major player in the fashion industry. According to reports, Kors could spend about $2 billion to take control of Italy's Versace, further expanding its global reach. Kors has already made big moves to grow through acquisition, with its recent purchase of Jimmy Choo having played a major role in helping to foster a turnaround for the luxury retailer. Yet some shareholders seem nervous that Versace might be a step too far, especially at what could be a premium price. 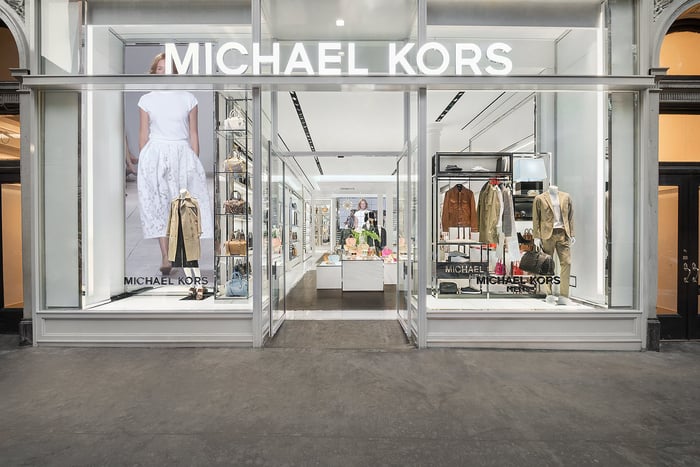 Tilray stays on a roller coaster

Tilray dropped 19% in the latest day of wild swings for the Canadian marijuana stock. Shares of the company had risen as high as $300 last week on speculation that Tilray might be able to attract a partner to collaborate with, in the same way that some of its peers have successfully done already. Yet it's now apparent that short-selling activity likely played a role in the run-up, and when the purported short squeeze ended, Tilray shares suddenly hit an air pocket and headed lower. At this point, it's hard to say what fair value is for the stock, and investors can expect continued volatility for the foreseeable future.

Finally, shares of Chuy's Holdings finished down 8%. Restaurant stocks in general got hit hard, and analysts at BMO Capital Markets included the Tex-Mex chain in the list of stocks that it downgraded. In particular, BMO dropped its rating on Chuy's from market perform to underperform, cutting its price target on the stock by $5 to $23 per share. In general, analysts are concerned that higher commodity prices could have a negative impact on profits throughout the sector. With a strategy that concentrates on reasonably priced fare, Chuy's could potentially be more sensitive to margin pressure than some of its peers, and that seems to be what drove shareholders to sell off the stock today.