That's how much a recent email that reached my inbox claimed I could earn if I bought the penny stocks it was pumping. I didn't fall for the trap, but there are many out there who are lured by the promises of preposterous gains from penny stocks. In reality, the odds of losing money in penny stocks are huge for several obvious reasons, and you're better off avoiding them.

Instead, look out for stocks that have strong upside potential without the many risks that penny stocks carry. Out Motley Fool contributors believe Brookfield Infrastructure Partners (NYSE:BIP), Turtle Beach Corporation (NASDAQ:HEAR), and Hexo Corp. (NASDAQ:HEXO) fit the bill. Here's why.

The next generation of gaming

Rich Duprey (Turtle Beach): I get that there is an attraction to buying a stock where you can control thousands of shares for just a few dollars, and where even tiny moves can result in large returns, but there is so much risk in buying penny stocks that you're far more likely to lose all of your capital than strike it rich. A better bet is to buy a small-cap stock that has a viable product or service, is making sales, and is maybe even generating a profit -- a stock like Turtle Beach.

This small-cap company completely owns the console video-gaming headset market in North America with a 50% share due to the enormous popularity of battle-royale-style games, a last-man-standing type of multiplayer game. Spurred by the enormous popularity of Fortnite, battle-royale gaming is now moving to the biggest titles, with Activision Blizzard (NASDAQ:ATVI) coming out with a Call of Duty version that is already being deemed a "Fortnite-killer." 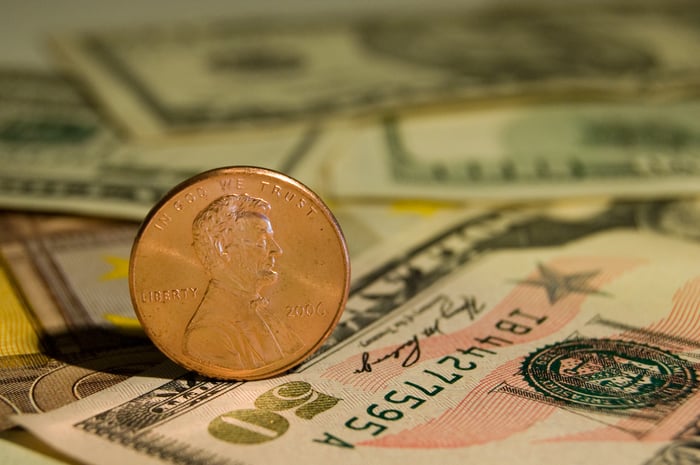 Regardless of which game reigns supreme, Turtle Beach will benefit because communicating with other players is an essential component of game play, and its equipment has a reputation for high quality. Although the style of gaming could be a fad, it looks more like it is going mainstream, giving Turtle Beach plenty of room to run.

The headset maker has turned profitable, and it trades at very low valuations, with analysts expecting earnings to double this year.

Finding a company with a quality product that consumers actually want and are willing to pay for is better than gambling on some penny stock with a good-sounding story but nothing to back it up, and Turtle Beach looks like it has the chance for both near-term growth and long-term appreciation.

Brookfield Infrastructure is growing its earnings and funds from operations (FFO) at a solid pace: It generated record FFO in the trailing 12 months, and analysts foresee earnings growing at 30%-plus rates per annum over the next five years. Management, meanwhile, is committed to increasing dividends annually by 5% to 9% in the long run to offer shareholders a strong yield, one that currently stands at 4.7%.

While Brookfield shares have been under pressure because of rising interest rates that some fear could hit margins, it should only be a matter of time before the stock catches up with the underlying FFO trend. Combine that with the potential dividend growth and high yield, and you could be in for some solid gains.

The company has a promising asset base across key sectors like utilities, transport, energy, and telecommunications, and it has proven its capability to buy assets at value prices and squeeze high returns from them, as evidenced by the 19% compound growth in its FFO per share since 2009. With its growth plans also in place, you might want to give Brookfield Infrastructure Partners some love instead of drooling over penny stocks that might end up giving you sleepless nights.

George Budwell (HEXO Corporation): One compelling alternative to investing in high-risk penny stocks is to dip your toes into the red-hot legal marijuana market. While pot stocks also carry their own set of unique risks, this emerging market does appear to be reaching a key inflection point in terms of public opinion that could lead to explosive levels of growth in the years to come.

Which pot stock is worth buying now? Canada's HEXO Corporation (formerly known as The Hydropothecary Corporation) comes across as a solid buy for two core reasons.

First, HEXO is set to become a top supplier of recreational cannabis in the province of Quebec -- once the adult-use market officially opens up this October -- through a five-year agreement with the Societe quebecoise du cannabis. To meet the anticipated demand, the company has been busy increasing production capacity, which should reach an impressive 108,000 kilograms per year by the end of 2018. HEXO is thus set to become one of the largest cannabis producers in the whole of Canada by year's end.

Next, HEXO also recently became only the second Canadian cannabis company in history to strike a partnership with a major beverage-maker. Turning to the specifics, the company announced a joint venture with Molson Coors Brewing Company to develop non-alcoholic, cannabis-infused beverages. This stamp of approval by a major beverage-maker is undoubtedly a positive sign that HEXO is indeed on the right track.

All told, HEXO appears to be squarely on the path toward becoming a top player in the multibillion-dollar Canadian cannabis market, which bodes well for the company's near- and long-term growth prospects.