Proxy service firms Institutional Shareholder Services (ISS) and Glass Lewis are calling for American Outdoor Brands (NASDAQ:SWBI) investors to follow the lead of those at Sturm, Ruger (NYSE:RGR) and force management to draft a report stating that management is monitoring acts of gun violence in the country and the risks they represent to the company.

American Outdoor Brands -- the former Smith & Wesson -- is hosting its annual meeting on Sept. 25, and a number of activist healthcare and religious groups have jointly submitted a shareholder question for approval. Earlier this year, a similar effort succeeded at Ruger. 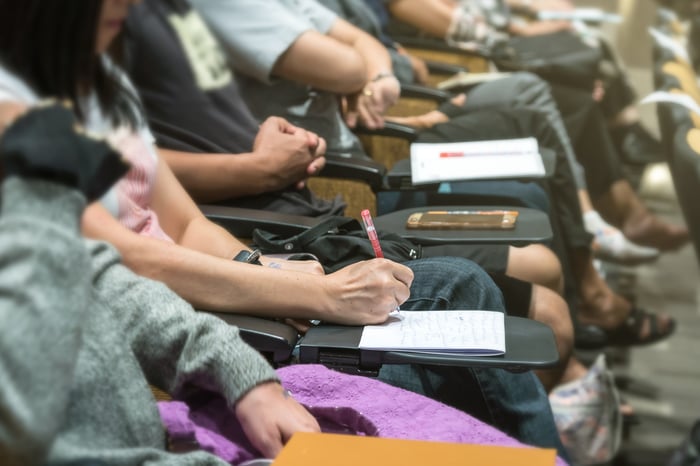 Pushing for a report

The ballot question asks the company to do three things:

In a report issued by ISS, the corporate governance outfit endorsed the proposal as a way to prove American Outdoor Brands' board of directors is keeping the long-term risks of gun violence in mind.

Reuters reported that ISS concluded, "There is reason to believe that smart gun technology could be employed to make guns safer in the U.S. and that any engineering problems could be overcome if there was a market for the product." So-called smart guns use technology to make sure the weapon is in the hands of its owner before it fires.

Like Ruger before it, American Outdoor Brands rejects the idea that it needs to do any of these things, saying the sole objective of the shareholders that put the question on the ballot is "to implement [their] politically motivated, anti-firearms agenda by misusing the proxy machinery."

American Outdoors says it sells to distributors and big retailers, not to the public, and it would be difficult, if not impossible, to track all crimes that involve one of its weapons. And, the company argued, even if it were possible, it would do nothing to impact gun violence. 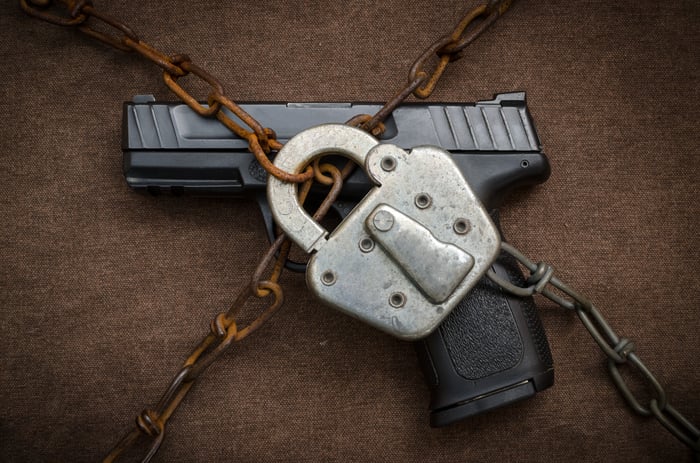 Moreover, smart gun technology is unreliable, and manufacturing such guns could increase the manufacturer's liability if the technology, for instance, prevents the gun's use when it's needed to save a life or allows an unauthorized person to fire it after the owner has relied on it to prevent that, according to the company. The company also pointed out that despite the technology originally being designed for law enforcement, not a single police agency uses it.

The gunmaker points out that it already identifies the risks related to its reputation and finances in its annual report.

In May, the activist shareholders were successful in getting a majority of Ruger shareholders to vote in favor of making the company create a similar report, which must be issued by February. ISS and Glass Lewis supported that proposal, as did investment firm BlackRock, which is the largest institutional shareholder of Ruger stock with almost 3.2 million shares, or about 19% of the shares outstanding.

In a March 6 response to BlackRock, American Outdoor Brands wrote:

... we also believe that the first course of action must be to enforce existing laws, address the challenges of acute mental illness in our society, and improve the NICS background check system ... The solution is not to take a politically motivated action that has an adverse impact on our company, our employees, our industry, our shareholders, the economies we support and, significantly, the rights of our law abiding customers, but results in no increase in public safety.

Vanguard is the second-largest institutional investor in both gunmakers, but its position on the proposals has not been revealed. It owns 4.5 million shares of American Outdoor, or 8% of the total.

Sturm, Ruger CEO Chris Killoy accepted the vote by investors, saying, "shareholders have spoken," but he also went on to point out, "What the proposal does not and cannot do is to force us to change our business, which is lawful and constitutionally protected."

While American Outdoor Brands undoubtedly feels the same way, it's possible it will have a very different result than Sturm, Ruger did.

First, Ruger's meeting was held at a hotel and an activist representative appeared and made an appeal to shareholders; American Outdoor's meeting is an online-only event. (It's the second year the gunmaker has conducted the annual meeting this way.) And as noted above, institutional investors own a smaller proportion of American Outdoor stock, making it a little more difficult to compile enough votes in favor. The meeting is also further removed from the Parkland school shooting, while Ruger's event was more contemporaneous with it and emotions were more raw.

The firearms industry is rebounding sharply, with American Outdoor reporting surprisingly strong fiscal first-quarter results late last month. It turned a year-ago loss into profits this time around, and investors might not be in the mood to upset a recovery that's only just getting underway.