Please ensure Javascript is enabled for purposes of website accessibility
Log In Help Join The Motley Fool
Free Article Join Over 1 Million Premium Members And Get More In-Depth Stock Guidance and Research
By Jim Royal - Sep 26, 2018 at 9:16AM

NorthStar Realty Europe is feeling the heat from Senvest.

Investors in NorthStar Realty Europe (NRE) woke up to news Tuesday morning that one of the company's largest investors is looking to shake things up at the company. Senvest Management, which owns 9.55% of NorthStar, is pushing the company's external advisor, Colony Capital (NYSE: CLNY), to realize value at the undervalued European REIT, after years of a stagnating stock price.

Senvest outlined three major ways for Colony to proceed, though I think only one way will be acceptable to Colony. So here's what investors in NorthStar should know about this potential activist attack. 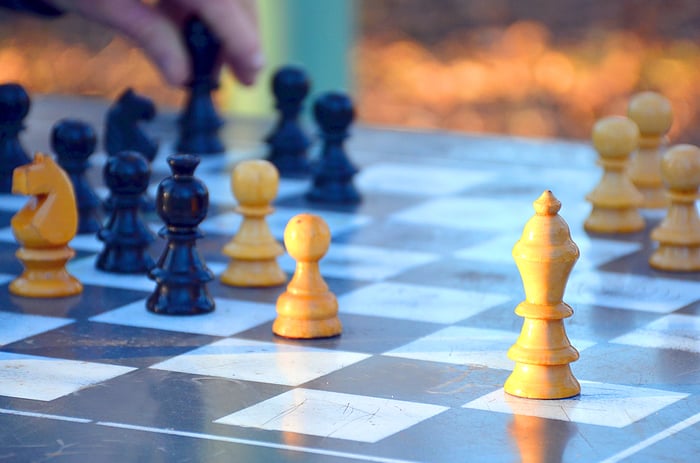 Senvest goes on the offensive

By way of background, NorthStar Realty Europe was spun off as an externally managed REIT from NorthStar Realty Finance in 2015. Since then, the stock has traded consistently below its net asset value (NAV), which is $20.95 per shareas of June 30. While NorthStar Realty Europe has taken moves to realize some value, including paring down its portfolio of real estate and repurchasing stock at major discounts, the stock has never gotten close to that NAV figure. In addition, the company renegotiated its onerous management contract with Colony. Colony owns 11.3% of NorthStar.

Senvest recognizes these positives and lauded the company, but points out the persistent discount, now at 40% of NAV. As Senvest notes, "Since Q4 2016, NRE has generated among the highest NAV/share growth of any of its peers, which makes its discount to NAV especially frustrating." It's also trading at a 30-percentage-point discount to European office REIT peers, says Senvest.

The activist investor pins the blame on NorthStar's small size, a market cap of around $640 million, compared to a peer median of $5 billion, as well as an external management contract that eats up a too-big portion of the company's earnings.

So the activist has proposed three alternatives:

I think Senvest is really angling for only one of these avenues to be realized.

What does Senvest really want?

The first two alternatives are largely the same, sell assets and return the cash to shareholders in one fashion or another. Senvest's analysis suggests that the value of NorthStar's real estate may even be understated, if judged by the proceeds it's realized on other assets that have been sold. Senvest proposes a time frame of six to nine months to sell a significant portion of the assets and then, to avoid a change-in-control payment to Colony, a final round of asset sales a year later.

Of the first two options, paying a special dividend could be the more attractive because investors would enjoy the cold hard cash and could reinvest it however they choose. In this case, investors would potentially see cash dividends near net asset value, and the company would cease to exist, solving some of the other problems (the expensive management contract and NorthStar's small size).

The lesser alternative is repurchasing stock, because this is an approach that NorthStar has taken so far with little effect. Repurchasing stock also doesn't solve the size issue, nor the contract issue. In fact, it actually worsens the size concern.

The last alternative is what I suspect Senvest views as its preferred course, and it makes the most sense of these three choices, because it solves the size and contract issues. This alternative would be the least objectionable to Colony, because Colony earns a management fee based on the size of NorthStar that would be reduced or eliminated in the other two scenarios. If NorthStar were smaller (via repurchases) or non-existent (via special dividends), then Colony loses the fee stream and gets only what it's entitled to as an 11.3% owner of the stock. And after a disastrous 2017, which ended with a substantial dividend cut, Colony can ill-afford to disappoint the market further.

On the other hand, if Colony purchases NorthStar, then it can fold the office REIT into its stable of assets using its new strategy, taking on new investors and earning a management fee under this new umbrella.

It seems this third approach would be far more preferable to Colony, though it would have to put up substantial cash to undertake it. Senvest indicates that it would want a buyout price somewhere near net asset value, or about $21 per share. Subtracting Colony's already-existing ownership and assuming a deal price of $21, Colony would have to put up around $935 million.

Where's it going to get that kind of cash? Well, Colony is already selling off its own non-core assets, which were acquired when the company merged with NorthStar Realty Finance in early 2017 . Colony estimates that it will generate approximately $1.9 billion in net proceeds from these assets. That would leave it with plenty of lucre to buy up NorthStar Realty Europe.

One final note: When Colony originally began sniffing around the NorthStar companies in early 2016, it was first interested in NorthStar Realty Europe. Only later did its interest shift to NorthStar Realty Finance. While its opinion of the European unit could have changed in the interim, of course, Colony could still be interested in owning these assets directly, especially given that the portfolio is actually stronger, pound for pound, following substantial sales of non-core assets.