Lucid Motors, a Silicon Valley start-up that is gearing up to launch an advanced electric luxury car, said that it has struck a preliminary deal with Electrify America to provide its future customers with a nationwide recharging plan.

This is an important deal. Tesla's (NASDAQ:TSLA) Supercharger network has given it a big advantage in winning buyers away from internal-combustion alternatives. Any company looking to challenge Tesla will be at a disadvantage unless it can also provide its buyers with assurance that they'll be able to access high-speed chargers on road trips.

Lucid isn't yet public, but it just won a $1 billion investment from Saudi Arabia's sovereign wealth fund, enough to get its first vehicle into production. That investment put Lucid on a lot of investors' radar screens. If you're one of those investors, here's what you need to know about this deal. 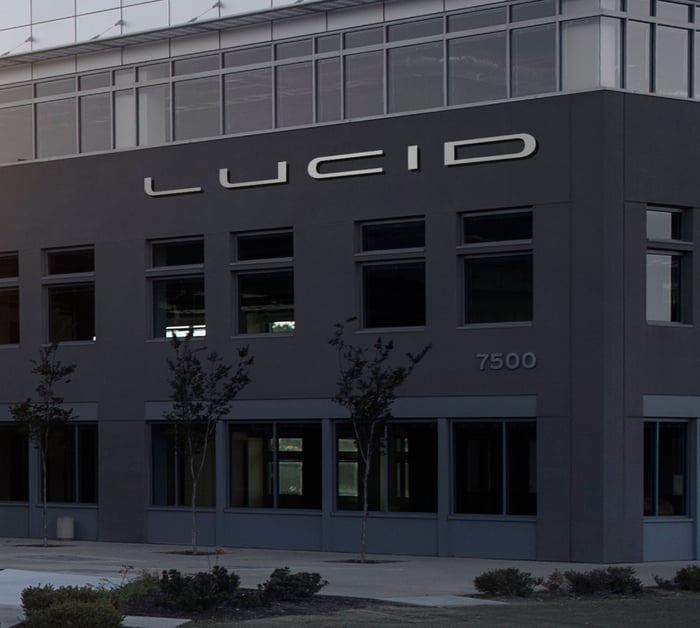 Who is behind Electrify America?

Remember back in 2016, when Volkswagen (OTC:VWAGY) agreed to a $15.3 billion settlement of a slew of civil claims related to its diesel-emissions cheating scandal? As part of that settlement, VW agreed to invest $2 billion over 10 years in zero-emissions vehicle (ZEV) infrastructure, access, and awareness initiatives in the U.S. Importantly, VW agreed that those investments would be brand-neutral -- not keyed to its own products -- in an effort to support wider adoption of ZEVs generally.

Electrify America is the company that VW created to deliver on that agreement. It has begun building a nationwide network of high-speed charging stations that will work with just about any electric vehicle. The first phase of its effort, set to be completed by June of 2019, will see chargers installed at over 650 "community-based" sites (think workplaces, shopping centers, and parking garages), and an additional 300 stations along high-traffic corridors between major metropolitan areas, including two cross-country routes.

Those highway stations will each have at least four high-speed CCS DC Fast chargers with outputs of at least 150 kilowatts (kW) by June of next year. Some will have even faster chargers, capable of 350 kW of output. Those highway sites will be located no more than 120 miles apart, making it possible for electric vehicles that aren't Teslas to drive cross-country without spending long hours at recharging stations.

By the middle of next year, Electrify America's network will have enough infrastructure in place to provide owners of non-Tesla EVs some peace of mind on long road trips -- and the network will expand quite a bit further by 2021.

What does that timing mean for Lucid?

Lucid is in the early stages of building a factory in Arizona to produce its first model, an advanced battery-electric luxury-sports sedan called the Air. The Air's batteries are of a new type, developed by Lucid in partnership with Samsung. Lucid says that the new battery-cell technology will allow for very high-speed recharging with minimal degradation of the cells. Translation: The Lucid Air will be able to take advantage of those super-fast 350 kW chargers.

Electrify America's timing works well for Lucid. It expects to begin producing the Air in 2020, by which time Electrify America should have a fairly robust network of recharging stations up and running. Why Lucid needs this deal

It's a simple fact of the emerging electric-car business: Anyone looking to compete with Tesla at scale has to have an answer to that company's Supercharger network, a global network of high-speed recharging stations that use Tesla's proprietary charging technology.

Tesla originally built the Supercharger network to help ease the minds of buyers new to electric vehicles. Now, as the network has grown to thousands of charging stations around the world, Tesla and many of its investors see the network as a significant competitive advantage.

They're not wrong. The Superchargers currently in operation have about 150 kW of output, making them faster than nearly all of the public charging stations in place in the U.S. now. But Electrify America's effort will allow other automakers to roughly match that advantage in time.

The upshot: An important deal for Lucid

If Lucid brought the Air to market in the U.S. today, the lack of an alternative to Tesla's Superchargers would make it a very tough sell. This deal with Electrify America should go a long way toward mitigating Tesla's recharging advantage by the time the Air launches in 2020.