Amazon.com (NASDAQ:AMZN) shook the retail world again last week when reports surfaced that the e-commerce giant is planning to open as many as 3,000 Amazon Go cashier-less convenience stores by the end of 2021. Share prices of retailers from Walmart to Kroger fell as investors absorbed the idea that the Amazon could leverage its acquisition of Whole Foods Market into a more general foray into the brick-and-mortar grocery space.

However, shareholders in those chains don't have much to worry about. Even if Amazon is able to realize its ambitious goal of opening thousands of grab-and-go stores in the next few years, their offerings won't be comparable to what supermarkets offer. Companies that operate convenience store chains and fast-casual restaurants might have greater reason to be concerned, but even so, this revolutionary type of outlet might not be workable on a grand scale. 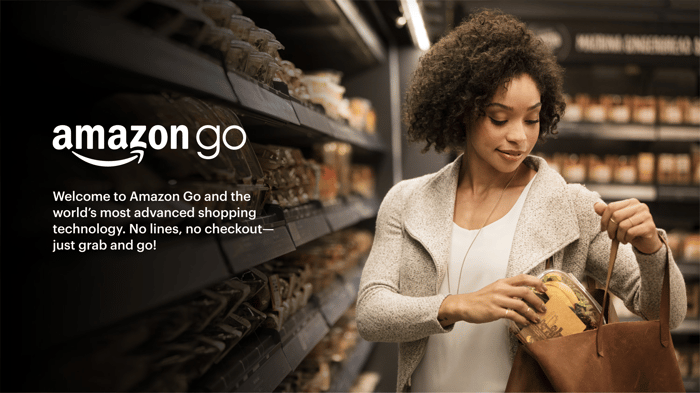 A place for hungry people to grab a bite

You're not going to do your primary grocery shopping at an Amazon Go store. Amazon Go stores reportedly will focus on fresh, prepared foods with a smattering of groceries, making the stores more like a 7-Eleven than even the smallest concept stores Walmart or Target operate.

Bloomberg, which broke the story, said CEO Jeff Bezos saw Amazon Go stores as "eliminating meal-time logjams in busy cities." Yet the threat to convenience stores is likely smaller than it appears, because the "logjam" that Amazon Go aims to circumvent typically isn't an issue in convenience stores, where basket sizes are small and lines move quickly.

To justify the costs of opening and operating Amazon Go stores -- and to keep customers coming in once the novelty wears off -- the stores will have to offer higher quality than the typical convenience store, which will probably mean higher prices. As a result, Amazon Go's appeal may be limited, at least temporarily, to upscale areas. In addition, most convenience stores sell gas, which gives them an advantage in attracting customers, and further narrows the field upon which Amazon will be able to compete.

Profits will be difficult to come by

Most supermarket and convenience store chains are unlikely to emulate Amazon's tech-heavy model, as these stores will be expensive to open and higher cost to operate, even with the reduced staffing levels they enable. After all, Amazon Go outlets are no-cashier stores, not no-employee ones. Should any of their highly complex and specialized systems fail, the employees on site will need to have sufficient proficiency to fix them without waiting for a technician to arrive from elsewhere.

Margins in the grocery business are already thin, meaning the Amazon Go concept will be difficult to deploy profitably. Walmart's trailing operating margins, for example, are less than 4%, while Kroger's are 2%. In the adjacent fast-casual restaurant space, Chipotle Mexican Grill has a slightly better cushion with its 6.7% margin, but it's also not filling its restaurants with futuristic tech.

The original Amazon Go store cost $1 million to build, according to Bloomberg, meaning Amazon could spend as much as $3 billion to flood the country with its cashier-free concept. Even assuming that the company achieves economies of scale during that wider rollout, it's still going to be a pricey proposition. Amazon will have to take these high fixed costs into account in its pricing approach for the stores, unless it intends to use Amazon Go stores as loss leaders. At this point, most of the company's operating profits come from its cloud services segment, not from its e-commerce unit.

Ambitious to a fault

It's also worth noting that the supposed timetable for this rollout is hyper-aggressive. Ten Amazon Go locations are expected to open by the end of this year, and only 50 are expected by the end of 2019. To hit its target of 3,000 stores by the close of 2021, Amazon will have just two years to build 2,950 of the tech-laden stores, which seem unrealistic, even if the stores have a relatively small footprint.

The grocery industry is in need of an experiential upgrade, and Amazon's willingness to wade into those waters is admirable. Nevertheless, its concept stores may not be the threat to legacy players that many fear. However, Amazon Go may be just the spur needed to induce other grocery companies to invest more in upgrading their own systems, even if they don't go to Amazon-like extremes.

Perhaps the better choice for investors is not to bet on the e-commerce leader or against the grocery store chains but, rather, to look to the companies that will be supplying the technology necessary to make these cashier-less stores a reality.