Friday marked a relatively quiet end to what has been an extraordinary third quarter of 2018. Major market benchmarks were little changed, but they completed the best quarter in nearly five years as investors ignored controversy in Washington and instead focused on the prospects for another healthy earnings season that's set to start in just a couple weeks. Moreover, some good news from select companies helped improve the mood on Wall Street. Bojangles (NASDAQ:BOJA), Lions Gate Entertainment (NYSE:LGF-A) (NYSE:LGF-B), and Amarin (NASDAQ:AMRN) were among the best performers on the day. Here's why they did so well.

Shares of Bojangles jumped 12.5% after reports surfaced that the fried chicken and biscuit restaurant specialist could be exploring strategic alternatives, including a potential sale. The restaurant chain, which was particularly hard hit by Hurricane Florence due to its geographical concentration in the Carolinas, could join a growing number of industry peers that have looked at trying to identify potential bidders. Bojangles has been making moves that suggested a sale was possible, including making changes to its menu and closing down some of its weaker locations. Yet there's no guarantee that the company will get interest, even though its valuation looks fairly attractive at current levels. 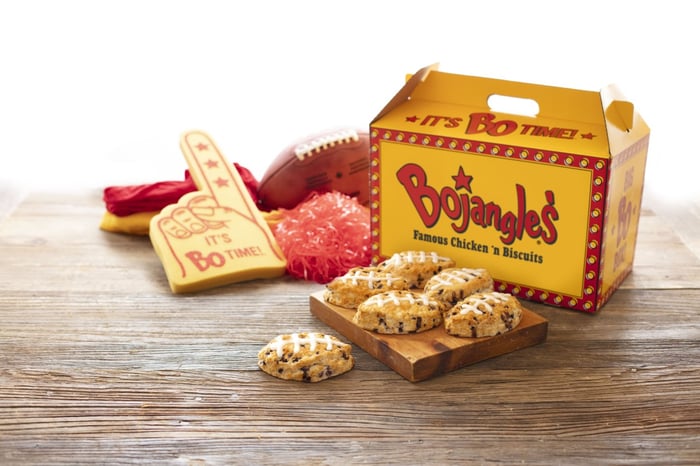 Lions Gate: the next Amazon target?

Lions Gate Entertainment stock gained 8% on speculation that the independent film studio could become a takeover candidate. Reports from Bloomberg pointed to the collaboration between Lions Gate and Amazon.com (NASDAQ:AMZN) to promote Lions Gate's Starz network on Amazon's Prime Video as a potential starting point for a deeper relationship between the two companies. A major Lions Gate shareholder also suggested that other players in the telecom and media industries could step up, although at least some have disavowed interest in purchasing a content provider. Even with today's gains, though, Lions Gate is still down more than 25% so far in 2018.

Finally, shares of Amarin closed up 18%. The company has been on the move all week following Monday's announcement that its Vascepa prescription fish oil product had produced encouraging results in clinical trials, showing that it could reduce the incidence of major cardiovascular events. Those results got more exposure today, when Amarin conducted a conference call with stock analysts at Cantor Fitzgerald, and investors seem more enthusiastic than ever that Amarin will be able to get an even bigger commercial success from Vascepa. That's leaving competitors frustrated, but it could be great news for patients and shareholders alike.