Customers can sign up for the rewards program through Chipotle's app or on Chipotle.com, and they will earn 10 points for every dollar spent at the restaurant. They can redeem 1,250 points, the equivalent of $125 spent, for a free entree. Additionally, Chipotle is offering 15 points for every dollar spent for a limited time, and free chips and guac to customers after their first time using Chipotle Rewards. 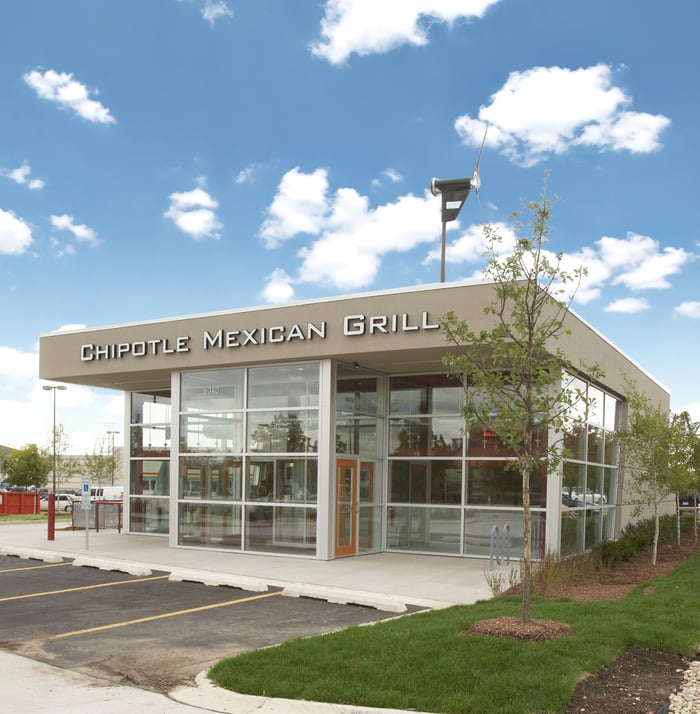 Like other rewards programs, Chipotle plans to use the new platform to enhance its relationship with its customers and "for targeted communication to drive trial, menu exploration and brand affinity." Chief Digital and Information Officer Curt Garner said, "Chipotle Rewards is a critical part of our efforts to digitize and modernize the restaurant experience."

The loyalty program is just the latest way that Niccol, who previously ran Yum! Brands' Taco Bell, is borrowing from the traditional fast-food playbook. Niccol has introduced limited-time offers, such as chorizo, which the company had pulled off the menu after launching it in 2016; kicked off a new "For Real" ad campaign, touting the company's real ingredients; started offering delivery; and gave out free guacamole on National Guacamole Day.

Niccol's efforts are all designed around driving traffic to the beleaguered burrito chain, which is still struggling to recover lost sales from the 2015 E. coli outbreak, and initial efforts seem to be paying off. Investors applauded its most recent results, sending the stock up 6% after the company reported 3.3% comparable-sales growth and a 24% increase in adjusted EPS to $2.87.

Still, the loyalty program may be Niccol's most anticipated move yet.

Starbucks' Rewards program has helped it launch new initiatives like Mobile Order & Pay, which allows customers to order remotely and pick up their drinks when they arrive. The program has proven to be a key source of competitive advantage, especially over independent coffee shops that can't match Starbucks' reach with its thousands of stores.

However, coffee lends itself to a loyalty program in a way that the average fast-food meal may not. For many Americans, coffee is a daily habit, making a rewards program more beneficial. Most Chipotle customers, on the other hand, don't visit it every day. Still, 57% of American diners say they're more likely to visit a chain with an established loyalty program and it's in Chipotle's interest to cater to its most frequent customers, which is what a loyalty program does.

What loyalty Chipotle's customers did have was damaged by the 2015 E. coli outbreak, which led to visits among its best customers falling significantly, according to research firm M Science.

Chipotle, with its limited menu and lack of a daily driver like coffee, is probably never going to see the kind of customer frequency that have helped Starbucks and McDonald's. However, rewarding its best customers still seems like a smart move, especially after the series of foodborne illness problems they've endured.

Niccol said earlier this year that he expected Chipotle's loyalty program to go national by next year, and in addition to driving loyalty among frequent customers, it should help the burrito chain collect data to help refine and target its marketing campaigns.

While Chipotle's loyalty program will never be as impactful as Starbucks' is, it looks like one of many important steps in Niccol's process to revive the brand. So far, his efforts appear to be paying off.