It's a great time to be in the medical-device industry. Sales are booming. Innovation is flourishing. And many stocks are skyrocketing.

Three big medical-device stocks are now at all-time highs: Abbott Laboratories (NYSE:ABT), Abiomed (NASDAQ:ABMD), and Edwards Lifesciences (NYSE:EW). Here's why these stocks are performing so well and a look at whether any of them are still smart picks to buy. 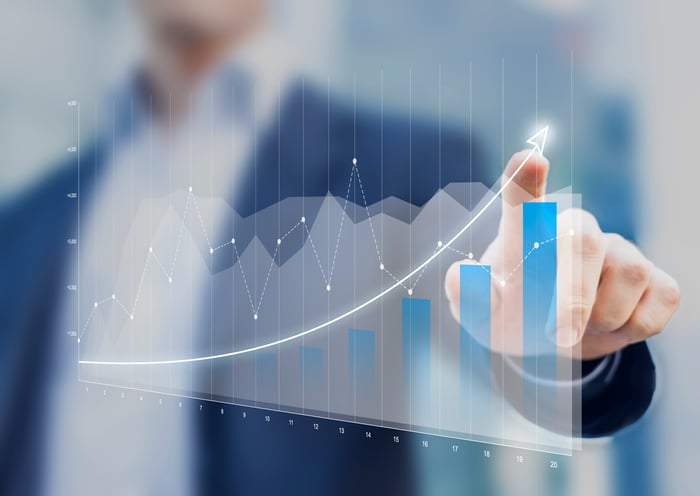 Abbott Labs' share price is up nearly 30% so far in 2018. The stock has more than doubled over the last five years. And with dividends reinvested, Abbott has generated a total return during the period of nearly 150%.

Of course, Abbott is more than just a medical-device company. It also markets diagnostics and nutrition products and sells branded generic drugs outside of the U.S. Abbott's international pharmaceuticals business has been the company's fastest-growing unit.

However, Abbott's biggest moneymaker continues to be its medical-devices segment. This segment has posted strong growth thanks largely to two areas: electrophysiology and diabetes care. Abbott's cardiac mapping and ablation products and its launch earlier this year of the first smartphone-enabled insertable cardiac monitor (ICM) have boosted electrophysiology product sales.

But the strongest growth for the company's medical-devices unit has come from Abbott's Freestyle Libre sensor-based continuous glucose monitoring (CGM) system. This CGM, which doesn't require finger sticks, has put Abbott on the map as one of the top diabetes stocks.

Abiomed stock has soared close to 140% year to date. Over the last five years, Abiomed has delivered a staggering return of roughly 2,260%.

It wasn't always such sunshine and roses for Abiomed. The company's AbioCor artificial heart, which won FDA approval in 2006, didn't succeed commercially. However, the acquisition of Impella Cardiosystems in 2004 ended up radically changing Abiomed's fortunes.

The Impella minimally invasive heart pumps now generate nearly all of Abiomed's revenue. And that revenue is growing nicely, up 36% year over year in the second quarter. What's especially impressive is Abiomed's momentum in international markets.

Abiomed's heart pumps are much more expensive than the intra-aortic balloon pumps (IBPs) that have been used for years. However, the company's data showing reduced hospital stays and lower readmission rates have helped convince healthcare providers and payers that Impella heart pumps are worth the higher price.

Shares of Edwards Lifesciences are up more than 50% this year. Edwards stock has nearly quintupled in value over the last five years.

The company's most important product is its Sapien transcatheter heart valve. Edwards' THVTs generated 62% of total revenue in the second quarter of 2018. Total sales grew by 12% year over year in Q2, with an even stronger bottom-line performance.

Edwards Lifesciences plans to launch two new THVTs soon -- the Sapien 3 Ultra and Centera valves. The company expects the global market for these valves will increase in the mid-teens to more than $5 billion by 2021.

In my view, all three of these high-flying medical-device stocks should be able to keep their momentum going. Abbott Labs is likely to continue to see success from its Freestyle Libre CGM system and its introductions of other new products. Edwards Lifesciences should also get a boost from its new product launches.

I'm most optimistic about Abiomed. The stock claims a nosebleed valuation. However, Abiomed still has a lot of room for growth with its current lineup of Impella heart pumps. The company is also developing new devices that could greatly expand its total addressable market. Abiomed is at an all-time high, but records are meant to be broken.

3 Medical-Device Stocks at All-Time Highs -- Are They Buys? @themotleyfool #stocks $ABMD $ABT $EW Next Article
Current