Spinoffs are one of the most interesting areas of the stock market, and now the IRS is considering new tax rules that could make them even more interesting if you're looking to buy early-stage companies. The change could have significant implications for large companies that incubate start-ups such as Alphabet (NASDAQ:GOOGL)(NASDAQ:GOOG) and Johnson & Johnson (NYSE:JNJ), or that otherwise rely heavily on R&D to fuel results, such as Intel (NASDAQ:INTC).

The IRS is examining whether it should allow companies that don't produce any revenue to spin off business units on a tax-free basis. Currently, start-up companies must generally be an "active trade or business," meaning they have collected revenue and paid expenses for at least five years to receive the special tax-free treatment. 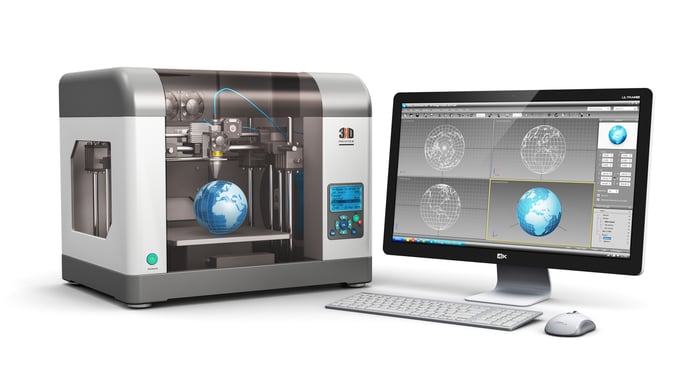 Why the move is beneficial

The biggest positive about the potential change is that it could allow companies to move the sometimes-significant expenses of a start-up off of their income statements. No longer forced to foot the bill for a promising but cash-burning start-up, the parent company's net income would go up, and the stock would become more valuable, so the thinking goes. Plus, shareholders would own shares in the start-up.

It's not only valuable for the parent company. A spinoff that occurs earlier in the start-up's life allows it to raise capital by issuing equity earlier. So, the move provides a way for start-ups and investors to engage directly in capital formation, rather than the indirect process that runs through the parent company.

It's not just a question of finances, either. Start-ups could also benefit by being separated from their former parents and not subject to the dictates of a larger company. The start-up has to adapt and innovate on its own in order to succeed.

The potential IRS move is significant because the agency is recognizing that a company can be a real business without collecting revenue, bringing policy closer to how modern markets operate. For example, markets will float cash-burning start-ups and other development-stage companies that have promising technologies, potentially for years, as they perfect their offering.

Or, as the IRS drily notes: "The IRS has observed a significant rise in entrepreneurial ventures whose activities consist of research and development in lengthy phases."

The change could prove huge for companies that are incubating start-ups -- not only publicly traded companies, but also those developed by private equity and venture capital. And shareholders should likely benefit.

One of the most famous incubators of "moonshots" sits inside Alphabet. The company was one of the most prolific investors in starts-up in 2017, according to Tech Crunch. It made 103 investments last year from three major entities and from Google itself:

And Alphabet has plunged into the blockchain industry in a huge way, making six investments in the space and numbering among the top blockchain start-ups.

Of course, Alphabet may be the largest, but the venture arms of Intel (NASDAQ:INTC), Salesforce (NYSE: CRM), and Comcast (NASDAQ: CMCSA) are also among the top investors in start-ups, doing dozens of deals each last year.

And it's not just big technology companies that could benefit. Big players in pharma and biotech can pour hundreds of millions, if not billions, into a new drug. Moving their start-up ventures off of their books could be an attractive option, too. For example, Johnson & Johnson runs an extensive internal incubator for new products.

The potential rules change could be a net positive if the IRS implements them, and some experts say it's just a matter of time. For now, though, the IRS is taking comments from industry.

However, there is the potential for abuse if companies begin spinning off individual product lines. For example, imagine a pharma company distributing shares in each of its early-stage drugs, regardless of their merits. That's part of why the IRS has indicated that it will consider issuing "private letter rulings" for companies contemplating this kind of spinoff. With a private letter ruling, the IRS "blesses" the transactions, and such rulings allow companies to proceed with their spinoffs with assurance that the transactions are legal.

For companies that have a solid product but not yet the required five years of revenue generation, the proposed IRS change could prove a boon. And it could well benefit their parent companies, too.