Please ensure Javascript is enabled for purposes of website accessibility
Log In Help Join The Motley Fool
Free Article Join Over 1 Million Premium Members And Get More In-Depth Stock Guidance and Research
By Keith Speights – Oct 3, 2018 at 5:01AM

They say that competition is good. But no competition has been pretty good for these biotechs, too.

If you grew up playing the Monopoly board game, you know what the objective of the game is: to own the entire board. If the game is played long enough, one player will claim a monopoly by owning all of the properties.

In the real business world, though, there aren't very many true monopolies. But there is one area where several monopolies -- or at least near-monopolies -- exist. Biotechs that develop drugs for treating rare diseases frequently have the market all to themselves.

Three biotech stocks that have profited tremendously from their virtual monopolies are Alexion Pharmaceuticals (ALXN), BioMarin Pharmaceutical (BMRN -0.09%), and Vertex Pharmaceuticals (VRTX -1.01%). Do these biotechs' market positions make them winners for investors over the long run? 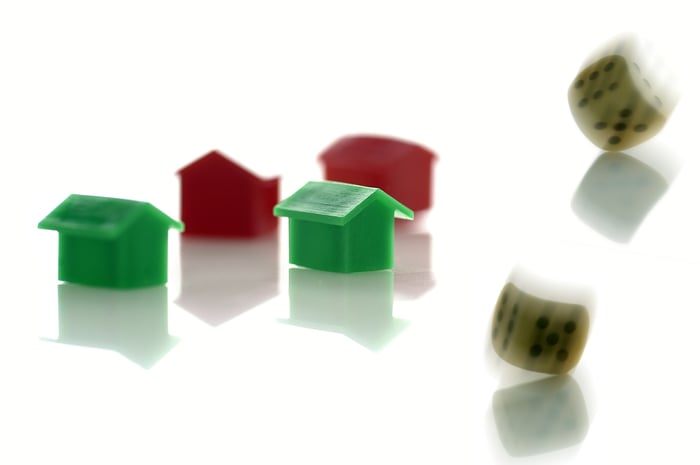 Alexion Pharmaceuticals gained Food and Drug Administration approval for its first drug, Soliris, in 2007 as a treatment for paroxysmal nocturnal hemoglobinuria (PNH). PNH is a very rare genetic disease where red blood cells break down prematurely when attacked by immune cells. Fewer than 1.5 out of a million people are impacted by the disease. Soliris remains the only approved treatment for PNH.

In 2011, Alexion won approval for Soliris in treating atypical hemolytic uremic syndrome (aHUS). This approval gave the biotech yet another monopoly in a rare genetic disease. Alexion also picked up approval for another indication, generalized myasthenia gravis (GMG), last year. Unlike PNH and aHUS, though, GMG isn't a rare genetic disease and does have other approved treatments.

For a while, Soliris stood as the most expensive drug in the world. In 2017, though, its price tag of more than $540,000 ranked Soliris No. 7 among the world's most expensive drugs. The drug has also made Alexion very profitable. Last year, the biotech made $443 million in profit off nearly $3.6 billion in revenue.

Three of BioMarin's seven approved drugs target different types of mucopolysaccharide (MPS), a rare genetic disease caused by an enzyme deficiency. The biotech's biggest-selling product, Vimizim, won FDA approval in 2014 for treating MPS IVA, also known as Morquio A syndrome. Two older drugs, Aldurazyme and Naglazyme, target MPS I and MPS VI, respectively. While Shire and Ultragenyx have approved drugs for other types of MPS, BioMarin still enjoys a near-monopoly on the MPS types that its drugs target.

Despite claiming monopolies with its solid lineup of rare-disease drugs, BioMarin continues to lose money. The biotech again reported a loss in the second quarter of 2018. But on an adjusted basis, BioMarin already has a positive bottom line. And climbing sales, especially for Vimizim, should have the biotech on a solid path to profitability.

Vertex now has three approved drugs: Kalydeco, Orkambi, and Symdeko. All of these drugs treat cystic fibrosis (CF), a rare genetic disease that causes breathing problems. While there are other approved drugs that can be prescribed for the symptoms of CF, Vertex's products are currently the only approved CF drugs that target the underlying cause of the disease.

But Vertex has even bigger plans. Its currently approved drugs can treat around 34,000 CF patients. Label expansions based on patient age and targeting additional residual function mutations with the three drugs should be able to boost the number of patients who can be treated to 44,000. Vertex also has triple-drug combination regimens in late-stage testing, though, that could expand the addressable patient population to 68,000.

Sales for its already-approved drugs continue to grow. And they've put Vertex in a great financial position. The biotech made nearly $2.5 billion in revenue last year with over $263 million in earnings. At the end of June, Vertex had nearly $2.8 billion in cash, cash equivalents, and marketable securities.

Monopolies don't necessarily last forever. Alexion, for example, faces a potential threat in aHUS from Omeros. Vertex could see a challenge from Galapagos in CF.

But maybe not. Omeros' results for OMS721 in a clinical study targeting rare kidney disease IgA nephropathy were disappointing. This same drug is being evaluated in a phase 3 study for treating aHUS. As for Galapagos, it also reported disappointing results for a key CF candidate that could mean Vertex's monopoly will remain intact for at least several more years.

Just because these biotechs enjoy monopolies doesn't make them smart picks right now. Even monopolies can cost more than they're worth. However, I think that Alexion, BioMarin, and Vertex should be pretty good choices for long-term investors. I especially like Vertex's prospects with its dominance in CF and expansion into other indications.

3 Growth Stocks That Are Crushing It This Year