Today, as was the case yesterday, I think Brazilian elections are behind the moves. 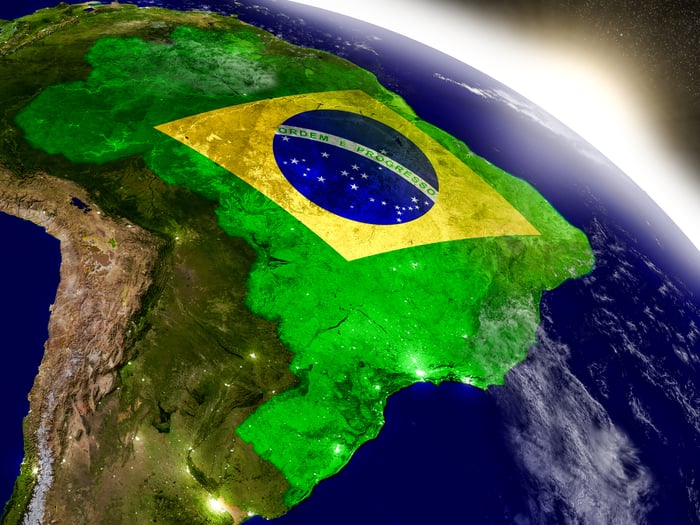 On one hand, yes, there are some minor news items that may be contributing to these stock moves. For instance, late yesterday, Reuters reported that Baker Hughes may be preparing to offer Petrobras a production-sharing agreement, and other oil services companies could submit competing bids.

Still, if you ask me, it's a pervading sense of optimism about the likely winner of the upcoming Brazilian presidential election (actually, elections -- there will probably be two rounds of voting) that's driving all of these Brazilian equities upwards in tandem.

As discussed yesterday, Brazilians go to the polls to pick a president on Sunday, and voting is mandatory. Two candidates are expected to get the most votes: conservative former paratrooper Jair Bolsonaro and socialist Fernando Haddad. Assuming that what's assumed actually happens, these two candidates will duke it out in a run-off election on Oct. 28.

What's getting investors excited is that, hard on the heels of a poll yesterday that showed Bolsonaro advancing to tie his opponent in the polls for second-round voting, today we're hearing from Bloomberg that Bolsonaro has increased his lead in the first-round polls, with an estimated 32% of voters now saying they intend to support him, versus just 21% supporting Haddad.

With four days to go before those polls give way to actual voting, analysts are starting to muse that: "There is a low but not zero probability of a first round victory for Bolsonaro, which would be quite bullish for Brazilian assets"; this is according to Shamaila Khan, the director of emerging-market debt at AllianceBernstein in New York.

If Bolsonaro does manage to eke out a 50%-plus win in the first round, it will not just eliminate uncertainty about who will win three weeks early (and we all know how much Mr. Market hates uncertainty). It will arguably show greater-than-expected support from voters for Bolsonaro and his presumed policies of fiscal restraint.

That should be good news for business -- and it's why business investors are cheering today in Brazil.