Investors remain generally upbeat about the prospects for the stock market and the U.S. economy, and recent moves upward have once again brought the Dow Jones Industrial Average and some other key benchmarks to all-time highs. Wednesday's Wall Street action centered on more news that the employment picture in the U.S. looks good, with a report on private-sector job growth showing greater gains than most economists had expected. Yet even with generally favorable sentiment among investors, some stocks have suffered from bad news affecting their companies. Century Aluminum (NASDAQ:CENX), Select Income REIT (NASDAQ: SIR), and India Globalization Capital (NYSEMKT:IGC) were among the worst performers on the day. Here's why they did so poorly.

Shares of Century Aluminum dropped almost 12% after a producer of a key ingredient for aluminum production announced that it would close one of its refineries. Norway's Norsk Hydro decided to pull the plug on a facility in Brazil that produces alumina, a raw material that aluminum producers like Century Aluminum use to make the lightweight metal. Unlike some producers, Century doesn't have an internal source of alumina, relying instead on the broader market to buy the material. As a result, the spike in alumina prices from Norsk's closure will put further pressure on Century's margins and potentially create a competitive disadvantage compared to more fully integrated peers in the industry. 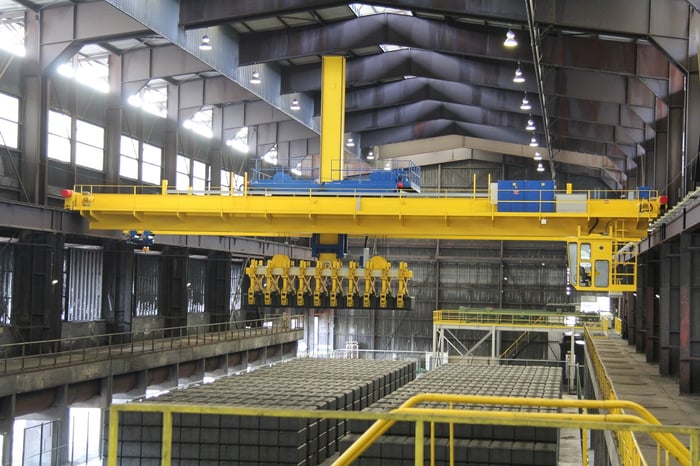 Finally, shares of India Globalization Capital plunged 32%. The company has seen big gains in its stock price recently following its announcement that it would release a line of beverages containing cannabidiol, an active ingredient found in marijuana. Many cannabis companies are exploring various types of drinks infused with cannabidiol, and even high-profile beverage giants are taking notice and in some cases entering into partnerships with cannabis specialists. India Globalization soared 50% on Tuesday, but late yesterday, it announced that it had taken advantage of investor interest to complete a secondary stock offering. In total, the company sold 5.65 million shares for an average of $5.30 per share, raising $30 million. That was disappointing for those who paid as much as $13 per share for the stock yesterday, but going forward, the bigger question is whether cannabis-infused beverages become popular and whether India Globalization's products will participate in the marijuana boom.