Daily deals specialist Groupon (NASDAQ:GRPN) trailed the market last month by shedding 12% compared to a 0.4% increase in the S&P 500, according to data provided by S&P Global Market Intelligence. 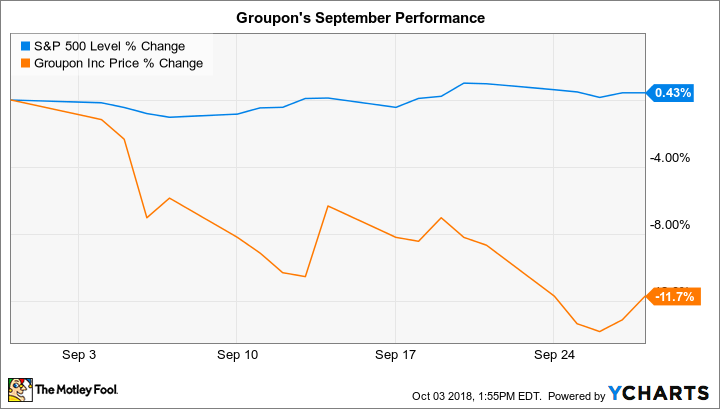 Rather than reacting to any specific news from the company, investors appeared to push Groupon's stock lower as part of a broader general pessimism around its business. Shares fell through the first half of 2018 as the company struggled with net losses while working to build a more defensible position in the local advertising industry. 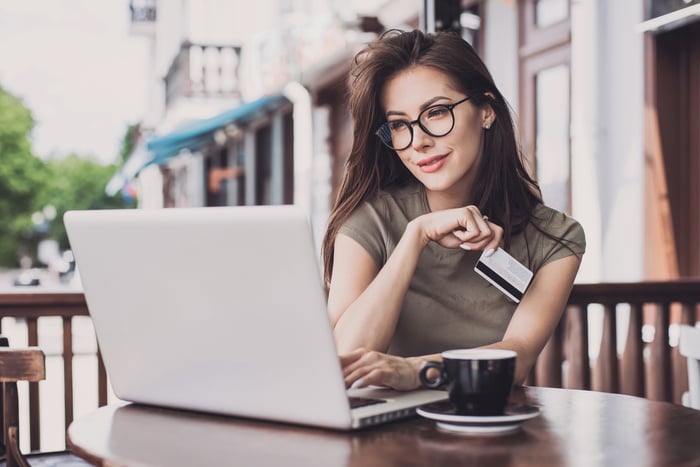 Groupon's most recent earnings report showed minor progress in a few of management's goals, including improved profitability in international markets and a large, albeit steady, active customer base in the U.S. Still, Groupon has lost money in three of the last five fiscal years and current trends suggest 2018 will mark another year of red ink for the tech-based deals specialist.