DocuSign announced results for its July quarter after market close on Sept. 5, delivering sales and earnings for the period that came in ahead of the average analyst estimates. However, the company's stock dipped roughly 8.3% in the next day of trading, making it the biggest single-day sell-off since the company's May initial public offering. 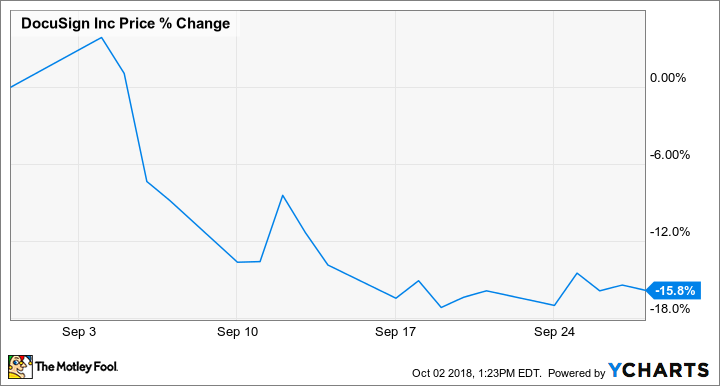 Despite triggering a sell-off, DocuSign actually delivered strong second-quarter results by most measures. Subscription revenue in the quarter climbed 35% year over year to reach roughly $158.5 million, helping push total revenue up 33% to $167 million and beating the average analyst estimate for sales of $160 million. 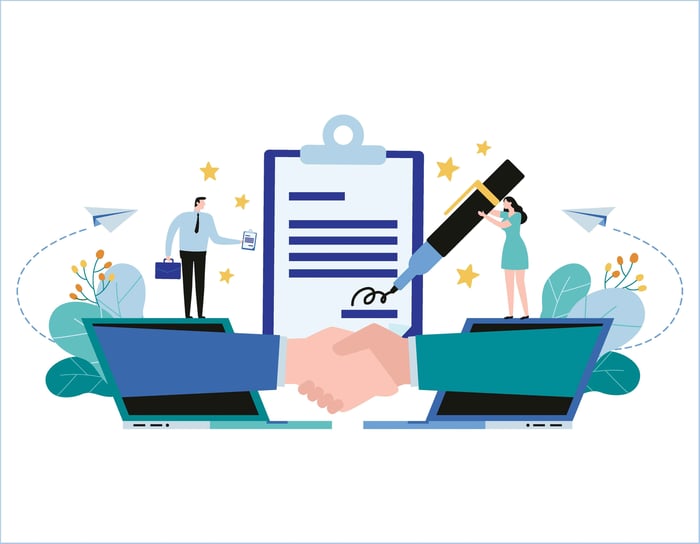 Earnings also came in ahead of the market's expectations, recording adjusted earnings per share of $0.03 for the period, which compared favorably with the average analyst estimate for EPS of $0.01. Free cash flow for the quarter also increased roughly 136% to $18.4 million. However, decelerating top-line growth (the company posted 37% year-over-year sales growth in its first quarter) and guidance that has underwhelmed some investors appear to have contributed to share-price declines in September. DocuSign expects sales for the third quarter to come in between $172 million and $175 million and full-year sales to come in between $683 million and $688 million.

DocuSign's slump has continued into October, with shares down roughly 10% as of this writing. 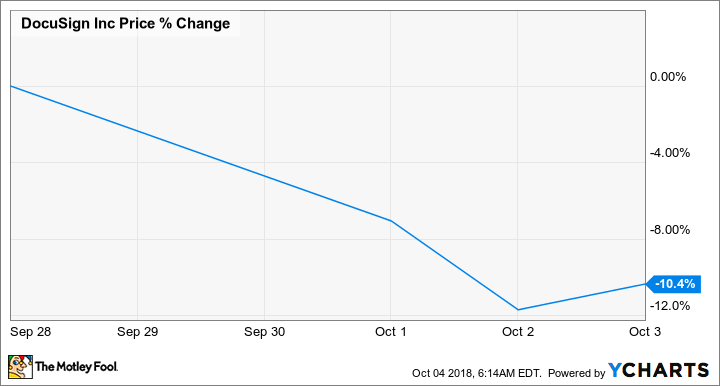 A lock-up period preventing those within the company from selling their shares will expire on Oct. 24. It's possible that this looming date is raising concerns that more share-price declines are on the horizon, but that could actually create opportunity for long-term investors.

DocuSign is growing sales at a solid clip, has impressive gross margins (with non-GAAP margins rising from 79% in the second quarter of last year to 81% in this year's period), and still has a large addressable market to reach. Shares trade roughly 60% above the company's $29 IPO price even after their recent drop, but patient investors who see promise in the e-signature and digital document space could seize the chance to establish a position in what looks like a promising company.