Over two years ago, Facebook (NASDAQ:FB) CEO Mark Zuckerberg said that in five years most of the content on the social networking platform (and its most shared content) would be video.

At the time, Facebook Live had just gone global and was apparently a pet project of Zuckerberg, so his boast is understandable. It is now 2.5 years since his prediction, and though video is certainly much more prevalent on Facebook, it doesn't look as if it's anywhere near becoming the dominant format.

Since Facebook's founder was somewhat off on his predictions, why don't we take a guess at where the platform will be in the next five years. 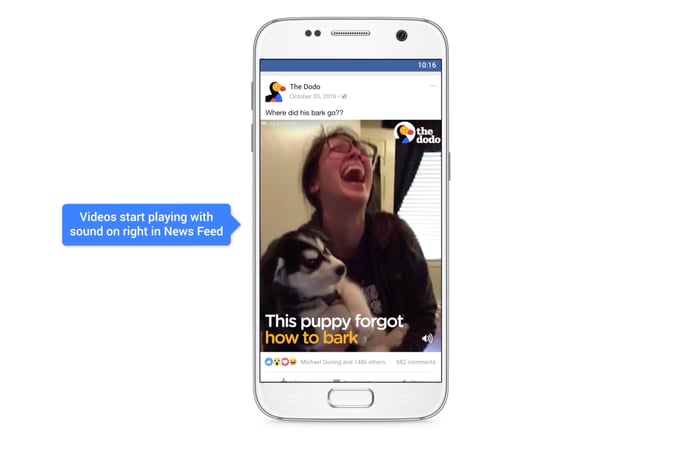 Just because Zuckerberg's timing was off doesn't mean he was completely wrong. Video will come to dominate the content we see on Facebook. During the social network's second-quarter earnings call, Zuckerberg cited eMarketer data that says a quarter of the world's population will watch video on a mobile device this year. He sees the trend continuing not only with Facebook, but also on Instagram, where users are watching more video content from creators, as well as on WhatsApp and Messenger, where more video calls are being made.

Facebook is also trying to turn Watch into a communal activity, where groups can come together to watch a video and discuss it.

AI, AR, and VR will be more important

Artificial intelligence (AI) already has an important role in controlling the experience on Facebook, performing the more mundane tasks of making the platform better and safer by identifying fake accounts, groups, and pages that violate its policies. AI identified almost 90% of the graphic violent content that was removed or had a warning label added in the first quarter, according to the company, so expect its role in deciding what you see to continue to grow.

Similarly, augmented reality (AR) and virtual reality (VR) will enhance what you see and how you see it. A year ago, Facebook debuted capabilities that allowed interactive 3D models to be seen in your News Feed, and now posts can support industry-standard file formats that allow for realistic 3D rendering. All of this opens up the potential for developers to create new 3D options like avatars, emojis, and more.

It will still get into hot water over privacy issues

The problem is that Facebook seems to treat any information you provide as a carte blanche agreement to use it anyway it sees fit, which usually means selling it to someone. Yet even when it's not making money off the data, such as in the case of Cambridge Analytica gaining access to 87 million user profiles, Facebook seems to take a reactionary position rather than a proactive one, merely responding to hacks and exploitation after they occur.

Certainly the privacy scandals are starting to catch up with Facebook. Second-quarter revenue rose 42% year over year, but that missed Wall Street's forecasts and was the slowest rate of growth in three years. Facebook management warned that growth would slow for the rest of the year, too.

In addition, Facebook recorded its slowest growth rates yet in both daily active users and monthly active users, with rates flat in the U.S. and Canada. In Europe, it lost 1 million users, though that had more to do with new privacy rules.

Still, Facebook remains the biggest, most popular social network platform, and it continuously invests in new technology to keep itself relevant. In five years, Facebook won't be unrecognizable, but it'll be a different experience when you log in -- there will be more video and more cool ways to interact with your friends -- and hopefully it will have implemented ways to better respect the privacy of its billions of active users.

Where Will Facebook Be in 5 Years? @themotleyfool #stocks $FB Next Article
Current