Chances are, you won't lose a lot of sleep over this move. That's part of the problem, since Alphabet cited weak consumer interest in the service, but it took a security breach to finally shut this platform down.

Om Monday, Alphabet's VP of engineering, Ben Smith, announced the end of Google Plus as we know it.

The company has been reviewing the privacy and security implications of its developer access programs all year long. The first findings from this effort included the fact that users want detailed control over who is reading their personal data from Gmail and SMS accounts, inspiring the company to tighten the rules around that access.

But the review also found evidence of a previously unknown bug in Google Plus, which gave some apps access to more user information than expected. Grab a list of John Doe's friends, and you could also access John's email address, age, and other demographic data that he had marked as "private."

The bug was immediately patched, way back in March, and there were no signs that developers were abusing the extra-deep data access. At the same time, this discovery also opened Alphabet's eyes to the security challenges inherent in running a social platform with deep-rooted access to user data. That's why the bell is tolling for Google Plus today: 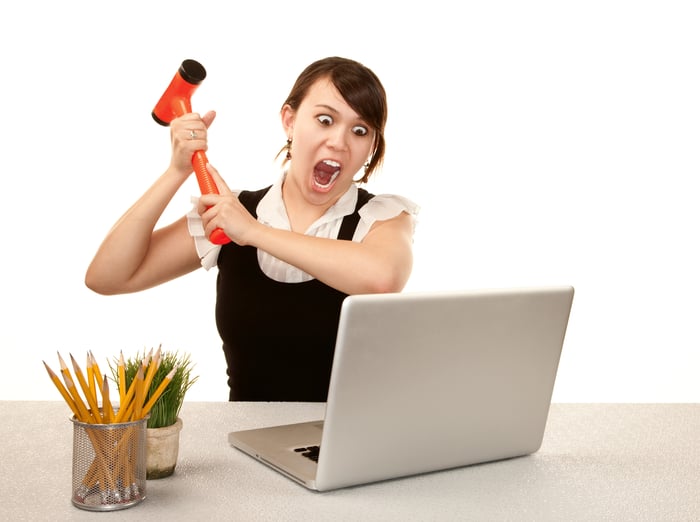 Alphabet will give consumers 10 months to move off Google Plus, placing the deadline near the end of August 2019. Meanwhile, the company will launch new features for the enterprise version of the same service as early as this week.

That's a platform for communication within large companies, built around the same concepts that defined the consumer version of Google Plus. Here, data sharing and conversations can be controlled with detailed privacy restrictions. You don't want the front-line workers to have insight into the C-suite conversations that move the company's strategy forward.

The highest-end variant of business-grade Google Plus services will run you $25 per seat, per month. It includes unlimited cloud storage, additional security tools, and multiple levels of data backups. The user experience may be similar to the consumer-level Google Plus service, but the security improvements run deep. Rather than implementing similar safety upgrades for the free service, the consumer version is going away.

What will Google do now?

Google Plus wasn't Alphabet's first attempt at challenging Facebook (NASDAQ:FB) and Twitter (NYSE:TWTR) in the social media market, and it certainly won't be the last. But like so many of its predecessors, Google Plus never really hit the mainstream.

According to a recent Statista survey, Twitter users stick around for nearly three minutes per session. At Facebook, the stickiness increases to roughly five minutes. Alphabet's review showed that the average user session at Google Plus lasted for less than five seconds.

Alphabet might pivot its social media ambitions toward the Google Hangouts platform, or the company could come up with yet another social network to please the masses. Either way, the social web won't be Alphabet's main market for many years to come -- if ever.

As an indication of how important Google Plus was to the social network market, Twitter's and Facebook's shares rose roughly 0.1% on the news. At the same time, the S&P 500 market barometer traded exactly sideways. So losing Google Plus as a competitor made a rounding-error difference to investors in the leading social media services.