CenturyLink (NYSE:LUMN) shareholders sent the shares down 8% on Sept. 25 after the company announced the resignation of CFO Sunit Patel.

Patel isn't leaving due to any disagreement with the company, but is moving to T-Mobile (NASDAQ:TMUS), where he will assume a newly formed role of executive vice president, merger and integration lead. The position appears to have been created specifically to handle the pending acquisition of Sprint (NYSE: S).

This was a bump in the road for CenturyLink's stock, which is up 27% through the first nine months of the year on its better-than-expected integration of Level 3 Communications. Patel was at Level 3 for 14 years before its acquisition by CenturyLink for $34 billion was announced in 2016; the deal closed late last year.

While Patel's departure is by no means great news for CenturyLink, is the sell-off justified? 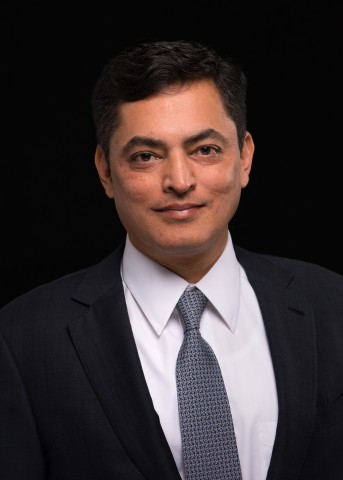 No doubt T-Mobile thinks it is hiring the best person for the job, as Patel had extensive deal experience at Level 3. Working under CenturyLink's current CEO, Jeff Storey, Patel helped successfully complete numerous acquisitions. In its press release, T-Mobile cited Level 3's acquisitions of Global Crossing in 2011 and TW Telecom in 2014, but Level 3 had been highly acquisitive ever since Patel took the job in 2003, buying a half-dozen or so smaller rivals in the mid-2000s as well.

Before joining Level 3 in 2003, Patel worked for long-distance telephone providers MFS Communications and MCI WorldCom in the 1990s, leading up to the dot-com bust. From 2000 to 2003, Patel co-founded and was CFO for Looking Glass Networks, a facilities-based metropolitan network provider. Three years after Patel left Looking Glass to become CFO of Level 3, Level 3 acquired Looking Glass.

What CenturyLink has to say

No doubt, this is a loss for CenturyLink, but there are a few things to remember.

Storey, who was COO and then CEO of Level 3 Communications during those same successful acquisitions, is still CEO of CenturyLink. That wasn't supposed to be the case. CenturyLink's old CEO, Glenn Post, was supposed to be the CEO after the two companies merged, but activist investor Keith Meister pushed for Storey to take over instead. Meister, who called Storey the "Tom Brady" of the telecom industry, quickly got his wish, as Storey took over the combined company even earlier than expected this year.

Neel Dev, who worked under Patel for the past decade (along with Storey), will serve as interim CFO.

In a press release, Storey aimed to reassure investors:

Sunit did a great job in building bench strength and an excellent leadership team across the finance organization. As Sunit focused on our external stakeholders, Neel has been our de facto operational CFO and part of my management team for the past 10 years. I am highly confident he will continue our drumbeat of financial discipline across CenturyLink with a focus on synergy attainment, operating efficiency, and profitable growth.

In other words, it appears that a lot of the heavy lifting on the Level 3 integration is already complete, and that experienced members from Patel's team can fill his role.

No need for panic

Given the factors above, I don't think CenturyLink investors should panic. T-Mobile investors should probably be encouraged by the new hire, although it's also interesting that the company felt it needed to hire an extra executive to lead the upcoming integration with Sprint (should it be approved). That means the integration of what will soon be the third-largest U.S. telco will likely be a large, complex task.

It appears Patel was hungry for that challenge, and I'm guessing his departure had more to do with the appeal of the new role than any problem with CenturyLink. From all indications, CenturyLink's 10.5% dividend yield looks well covered, the company is executing well on its integration with Level 3, and Storey is still CEO. So I wouldn't sell CenturyLink merely because of Patel's exit.