A GoPro (NASDAQ:GPRO) camera-wearing skateboarder who takes a nasty spill after trying a flip that hasn't worked in years learns quickly that gravity can hurt after the adrenaline dies down. Shareholders learned that painful lesson last week, as GoPro stock gave back more than all of the gains it scored in September. 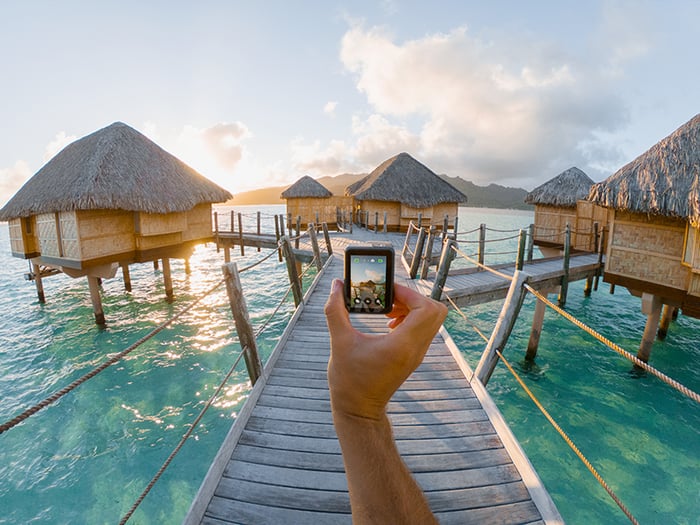 Last week's slide wasn't triggered by any bad news out of the company. A social media post claimed that a major retailer was recalling the new Hero7 cameras, but that was quickly refuted by GoPro. The only public missive out of the action camera leader was a positive press release. GoPro announced on Thursday that Hero7 Black -- the high-end model at its $399 price point -- scored the highest retail unit sell-through numbers of any new camera by the company in its first week of availability.

Investors are merely taking profits after last month's rally. They're also still skeptical of GoPro pulling off a turnaround. We've seen GoPro roll out new products with a lot of fanfare and critical praise, only to see the eventual financials fail to live up to the hype.

Revenue is falling for the third year in a row. Analysts see revenue moving higher during the seasonally potent holiday quarter in light of the updated cameras, but not rising enough to lift the entire year into positive territory. This is also expected to be GoPro's third consecutive year of posting an annual loss.

Better days could be ahead. Wall Street sees a return to top-line growth and profitability in 2019, but it's natural to be skeptical. We've been here before. Analysts talk up the future, only to see GoPro fumble it away. The appeal of action cameras continues to slip as smartphones grow more durable with improving camera specs. GoPro is putting some long-overdue updates into the new Hero7 line, particularly the high-end Hero7 Black model, which introduces live-streaming and gimbal-like stabilization into the mix. We'll find out in the coming weeks and months if the update is enough to breathe new life into GoPro. There's always time to get it right, and that's something that the skateboarder who just wiped out is thinking as well.