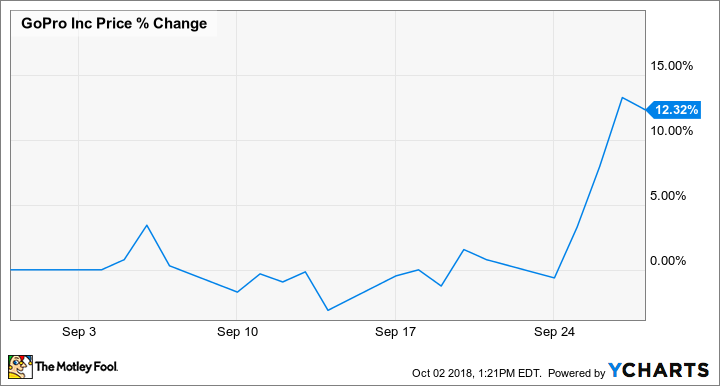 Oppenheimer analyst Andrew Uerkwitz published a research note on GoPro on Sept. 26, raising his rating on the stock from market perform to outperform, with a $9 price target. The camera company's share price increased roughly 14% in the day's trading, and closed out the month at $7.20 per share. 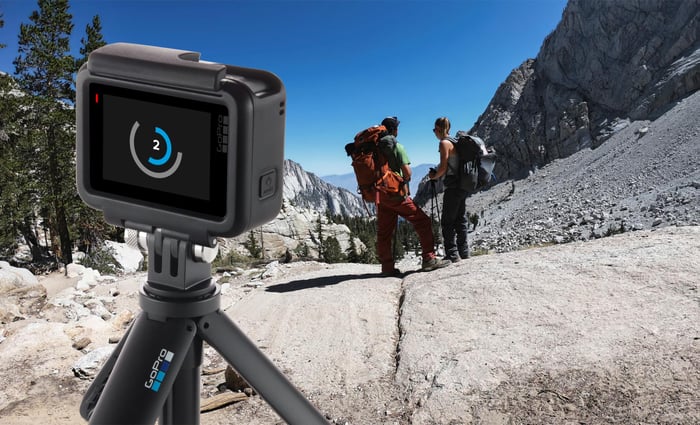 In his research note, Uerkwitz wrote that he thought GoPro stock had come to be overlooked. He cited decreased operating expenses, a product line that had been revamped to better meet demand, and improved feature sets as reasons to be optimistic. The analyst expects that new features included with the Hero 7 camera line -- which was unveiled on Sept. 20 and later released in international markets and in the U.S. -- could lead more GoPro owners to replace their cameras with new units this year. The favorable ratings coverage helped the stock end September in its highest range since January, and shares have climbed another 2.5% in October as of this writing.

GoPro expects to sell roughly 5 million cameras this year, up 16% from the 4.3 million units it sold in 2017, but down from the 5.2 million units and 5.7 million units sold in 2016 and 2015, respectively. Management expects the business to be profitable on a non-GAAP basis in the second half of the year and post a loss between $25 million and $35 million for the full year.

GoPro had planned to make drones and an online video network key parts of the business. But with little success on those fronts, the company has narrowed its attention to core hardware and related editing and cloud storage offerings. The Hero 7 line will add live-streaming for the first time and new motion-smoothing technology, but GoPro will likely have to find ways to continue differentiating its offerings from mobile devices and other dedicated cameras if it's going to succeed over the long term.