Snap (NYSE:SNAP) CEO Evan Spiegel rallied his troops with a 6,000-word missive at the end of September. Among his objectives was refocusing on the core product value of being the fastest way to communicate; he expects this to result in a return to user growth, particularly in emerging markets.

Spiegel also mentioned stretch goals of reaching profitability and positive cash flow. Those goals seem incongruous with Snap's goal of growing the user base in markets with lower monetization levels than Snap's current top markets like the U.S. and U.K.

In fact, analyst Michael Nathanson points out that Snap is "quickly running out of money," as Bloomberg reports. He expects Snap to lose $1.5 billion next year as it invests to grow the user base. Unless Snap makes some serious cost cuts, either user growth or profitability has to give. 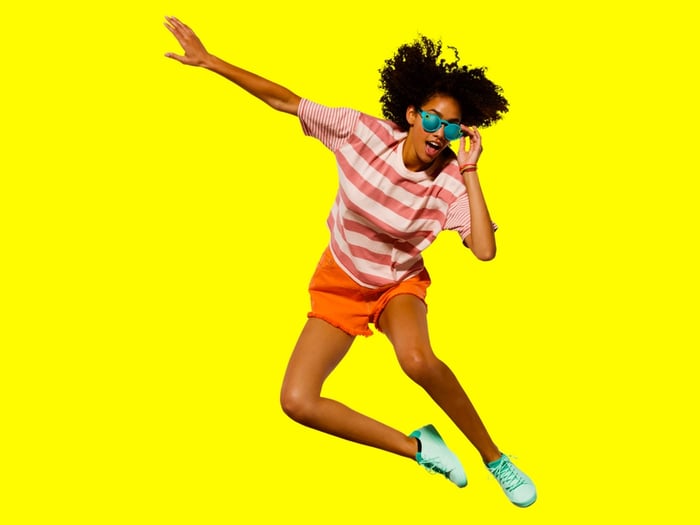 Snap is running out of cash

In the six quarters since Snap went public, it's reported cumulative negative free cash flow of over $1.3 billion. As of the end of the second quarter, Snap was sitting on $1.6 billion in cash, cash equivalents, and marketable securities, down $1.2 billion over the last twelve months.

Nathanson says Snap will have to make moves to ensure liquidity at some point in the near future. The company currently has a credit facility agreement that allows it to borrow up to $1.25 billion. But since its cash reserves dwindled by $1.2 billion over the past 12 months, that $1.25 billion in credit might not be enough to last through 2019.

That said, it should be the first line of defense against any liquidity issues. The interest rate (LIBOR -- the London Interbank Offered Rate -- plus 0.75%) is likely better than what Snap could expect to fetch in the bond market. What's more, issuing additional equity to fund the company's growth while shares trade near an all-time low is far from ideal. Such a move would only dilute shares even further.

The biggest challenge Snap faces in growing its user base and producing improvements in cash flow at the same time is that Snap's user growth and cash expenditures move in lockstep. That's because Snap never made the switch to building and operating its own servers, like other web companies of its size. Instead, it's relying on the cloud computing services of Amazon and Alphabet's Google.

So each new user adds to the cloud infrastructure costs Snap pays its cloud providers. That would be fine if Snap can generate more revenue from those users than it pays its server providers, as it does in North America. But that's not the case everywhere in the world. In Europe, for example, Snap generated just $0.66 in revenue per user in the second quarter. Infrastructure costs during the same period totaled $0.72 per user.

While Snap's user monetization is improving, the amount of revenue Snap can expect from new users in emerging markets is likely to be well below the additional costs of adding new users. Management even pointed out that conflict in its registration filing for its initial public offering, to explain why its concentrated user base in the top 10 advertising markets was an advantage.

Improving monetization in its existing user base could help, but remember that Snap is still burning hundreds of millions of dollars every quarter on those users. Expecting Snap to grow user monetization to the point where it more than offsets the cost of growth in emerging markets is quite a lot to ask.