Shares of IPG Photonics (NASDAQ:IPGP) fell 11.1% in September, according to data from S&P Global Market Intelligence. The maker of fiber lasers and fiber amplifiers had nearly no news of its own last month, but the stock plunged anyway due to rumblings elsewhere in the fiber-optic equipment sector.

In the first week of September, analyst firm B. Riley downgraded two major players in the fiber-optic laser sector. Citing unpredictable order volumes due to the ongoing trade war with China, analyst Dave Kang lowered both Fabrinet and II-VI from buy to hold ratings. Many sector peers also lost ground on this news; IPG Photonics shares fell 9.5% over the next two days. 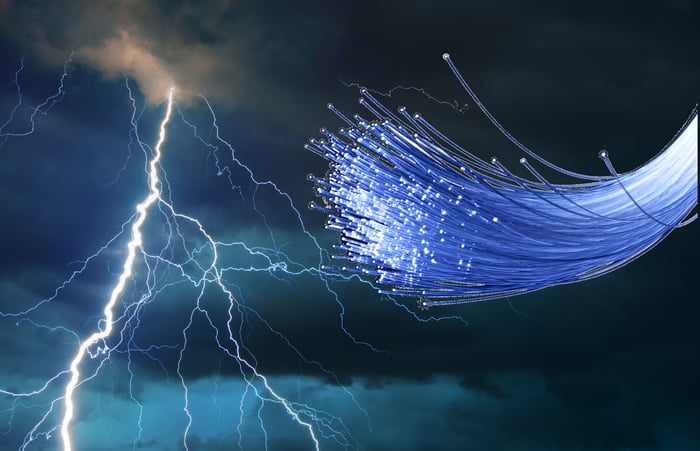 IPG Photonics followed up on that weak September performance with a disappointing preliminary earnings report in early October. The company will miss its own guidance targets across the board, and CEO Valentin Gapontsev pointed to difficulties closing sales while the Chinese-American trade war is going on. The stock took another 12% beating on that report.

IPG Photonics investors have now absorbed a 41% price drop over the last six months. The fiber-optic equipment market -- which, in IPG's case, spans both networking and industrial manufacturing lasers -- has been jittery ever since the tariff-based saber rattling started, and will most likely stay volatile until the trade war is over.