Shares of LCI Industries (NYSE:LCII) lost 10.9% of their value in September, according to data from S&P Global Market Intelligence. The stock fell after recreational-vehicle company Thor Industries (NYSE:THO) reported earnings results that had negative implications for LCI's performance. 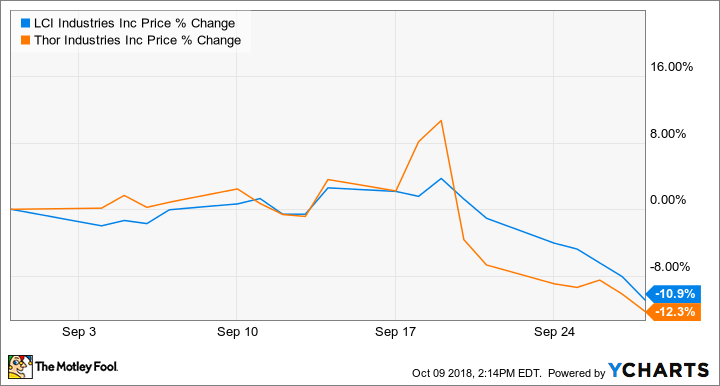 LCI sells components to RV manufacturers including Thor and Winnebago, and softening demand for the vehicle category can be expected to have a negative impact on the company's sales and earnings. Thor Industries reported fourth-quarter results after the market closed on Sept. 20, delivering sales and earnings for the period that came in well below the market's expectations and suggested that RV sales are heading into another downturn. 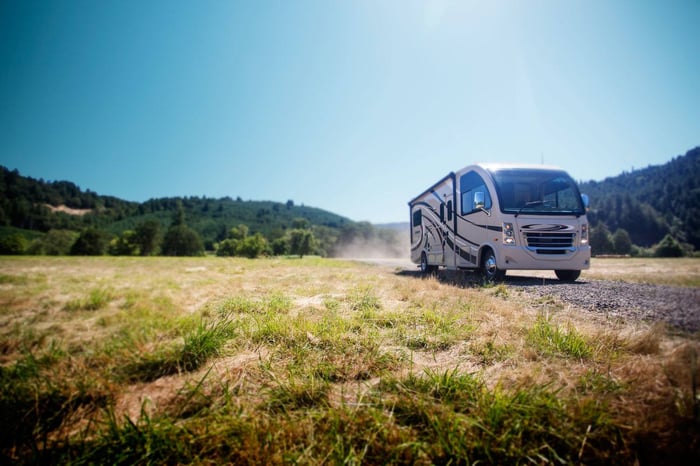 LCI Industries stock has rebounded over the past decade and hit a lifetime high in January thanks to increasing RV sales, but indications that demand for the vehicles is weakening has caused its share price to dip 26% year to date. Roughly 91% of the company's sales through the first half of the year came from RV original equipment manufacturers (OEMs), and the remainder of its sales came from after-market RV accessory sales, so the performance from OEMs is a good bellwether for LCI.

Thor's earnings for its July quarter came in at $1.67 per share, well below the average analyst estimate's call for earnings per share of $1.93. Sales declined 3% from the prior-year period to land at $1.87 billion, ahead of the average analyst estimate of $1.8 billion in revenue. Revenue from towable RVs was flat, but sales for motorized RVs dropped 13% from the prior-year period to land at $421.3 million -- a worrying sign for the industry.

LCI shares have fallen roughly 5.9% in October as of this writing and now trade at roughly 12 times this year's expected earnings. 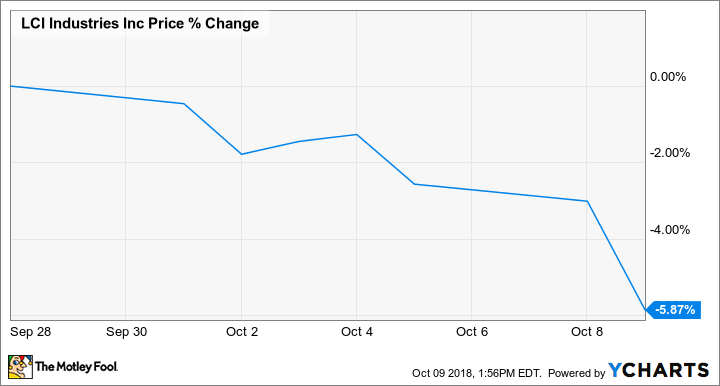 Winnebago is scheduled to report earnings on Oct. 17, and its results should be a performance indicator for LCI -- which is expected to report its own third-quarter earnings after the market closes on Nov. 1