The stock market had another session of quiet trading on Tuesday, leaving most major benchmarks close to where they started. Declines early in the day gave way to more promising news from the bond market, where interest rates stabilized following last week's big jump. Geopolitical and macroeconomic concerns continue to linger, and recent reports suggest weakening confidence in the prospects for global economic growth. Yet some companies benefited from good news that overcame the lackluster mood on Wall Street, and Zynga (NASDAQ:ZNGA), Pyxus International (NYSE: PYX), and Papa John's International (NASDAQ:PZZA) were among the best performers on the day. Here's why they did so well.

Zynga could score a big win

Shares of Zynga climbed 12% after reports that some of its industry peers might be interested in making a bid for the company. Zynga is the maker of popular online and mobile games like FarmVille, but its Zynga Poker offering has tapped into a new key demographic. The Bloomberg report didn't name actual companies that might seek to purchase Zynga, nor did it suggest a price at which a deal might get done. Yet after seeing the company struggle for years, Zynga shareholders appear excited about the prospect of joining forces with another game maker in an effort to grab a broader portion of the gamer audience. 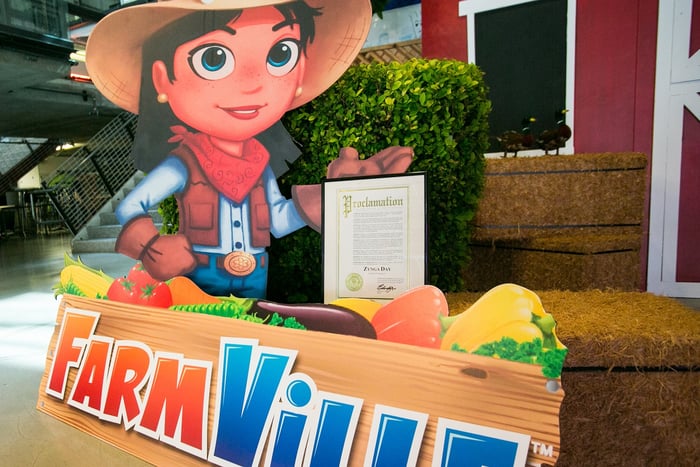 Pyxus makes it two in a row

Pyxus International stock gained 4%, building on big gains on Monday as investors kept responding favorably to a comment from a well-known analyst. Citron Research, which is famous for its short-selling calls, said early Monday that Pyxus shares could easily double in price if demand for cannabis-related stocks remains strong. Pyxus, formerly known as Alliance One, has a primary business of supplying leaf tobacco to cigarette makers, but it has interests in various companies that are participating in the cannabis business in Canada. The fact that Pyxus has an existing tobacco business gives it staying power, but it would also dilute any positive impact from its marijuana exposure compared to purer-play cannabis stocks.

Order up for Papa John's

Finally, shares of Papa John's International finished higher by 9%. The beleaguered pizza chain got good news in the form of reports of a potential private-equity buyout bid. Nelson Peltz's Trian Fund Management could seek to put together a bid for the pizza chain, joining other prospective suitors following the company's ouster of founder John Schnatter from his CEO role. Schnatter still owns a nearly 30% stake in Papa John's, and he's considered a leveraged buyout of his own. With Trian already having positions in other players in the restaurant space, it's interesting to speculate what Peltz might do after making an investment in Papa John's.