The Bloomberg report was controversial -- it only cited anonymous sources, and was immediately refuted by Super Micro, Apple, Amazon, and the Chinese government. Apple also suggested that Bloomberg's report mistakenly took some details from a report about a single infected driver on a Super Micro server in 2016, which was ruled to be accidental. Amazon also told CNBC that, contrary to Bloomberg's claims, it had never found any "modified hardware malicious chips" in Super Micro's motherboards. 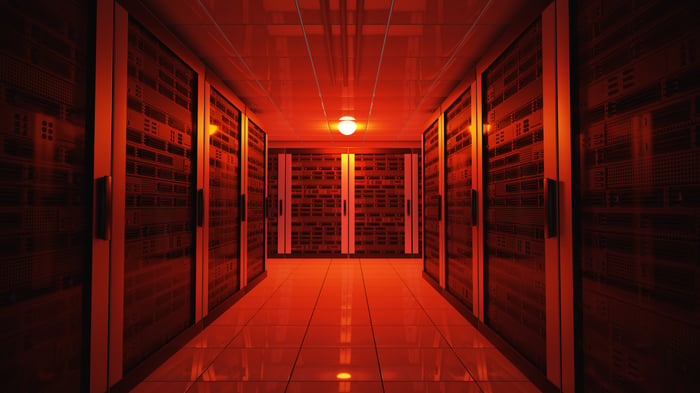 Analysts and tech pundits seem divided regarding the report's credibility. But until all the smoke clears, Lenovo remains in the blast zone as the world's second largest PC maker and a major seller of PCs for U.S. companies. Lenovo stated that Super Micro was not one of its suppliers "in any capacity," and that it is taking "extensive steps to protect the ongoing integrity" of its supply chain.

Nonetheless, the stock's plunge suggests that investors think that the Super Micro report could cause American companies and consumers to shun Lenovo products. Could that fear become a major catalyst for HP (NYSE:HPQ), Lenovo's biggest rival?

Why Lenovo's pain could be HP's gain

Lenovo acquired IBM's PC business back in 2005, and surpassed HP as the world's top PC maker in 2012. However, HP struck back with new high-end laptops and convertible devices, and eventually reclaimed the crown in 2017.

Lenovo subsequently acquired a majority stake in Fujitsu's struggling PC unit to catch up, but IDC's latest numbers still show HP maintaining its lead with a 23.9% share of the global market -- compared to Lenovo's 22.1% share.

That growth rate was decent, but it was much slower than its double-digit growth in the Asia and EMEA (Europe, Middle East, and Africa) regions. Therefore, it's reasonable to assume that Lenovo's losses in the United States could boost its revenue in the Americas and offset the region's gradual slowdown over the past year.

But it's not a magic bullet

Lenovo's woes could help HP, especially among U.S. enterprise customers, which tend to place bulk orders for work PCs. However, it shouldn't be considered a magic bullet for its other challenges.

First, HP could be impacted by Intel's chip shortages as it pivots toward AMD CPUs. The bulls think that consumers will keep buying HP's PCs, regardless of the CPU maker, while the bears think that some consumers will delay their purchases and wait for PCs with newer Intel chips.

Meanwhile, lower memory chip prices should boost HP's gross margins, but those gains could be offset by higher tariffs on its Chinese components, retaliatory tariffs against HP products in China, and currency headwinds.

The allegations against Super Micro remain a developing story, and there aren't any compelling connections between the motherboard maker and Lenovo. Enterprise customers that regularly buy Lenovo's PCs should know the difference between a market panic and an actual crisis -- and Lenovo's drop looks like the former instead of the latter.

Therefore, Lenovo's pain will only generate gains for HP if future reports discover links between Super Micro and Lenovo. However, HP remains a solid stock with plenty of irons in the fire, and analysts still expect the tech giant to post double-digit sales and earnings growth this year.