Shares of HP (NYSE:HPQ) rallied nearly 70% after the company split with Hewlett-Packard Enterprise (NYSE:HPE) in late 2015. The removal of HPE's enterprise hardware, software, and services turned HP into a streamlined play on the PC and printer markets, which kept growing despite the rise of mobile devices and paperless workplaces.

HP posted double-digit sales growth over the past three quarters, and analysts expect its sales and earnings to rise 11% and 21%, respectively, this year. Those are stellar growth rates for a stock that trades at just 11 times forward earnings and less than next year's sales. 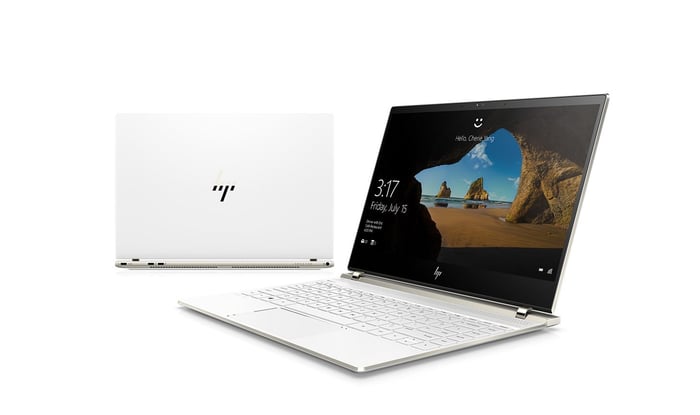 1. Its acquisition of Apogee

HP notes that in addition to those synergies, buying Apogee will let it "expand its Managed Print Services (MPS)" among small and medium-sized businesses, and enable it to invest more in its "direct and indirect go-to-market (GTM) capabilities" -- which include the "selective" acquisitions of other OEDs, which could bolster the margins of its printing unit.

This represents a continuation of HP's strategy of pivoting its aging printing business toward higher-growth markets like mobile printers and industrial 3D printers. Those efforts already boosted HP's printing revenues, which accounted for 37% of its top line, 11% annually last quarter.

The unit's operating margin dropped from 140 basis points annually to 16% during the quarter, but the dip was mostly caused by temporary integration costs related to the Samsung deal. The Apogee takeover should also cause a similar short-term dip, but it could significantly boost the company's growth over the long term.

HP recently approved a new $4 billion buyback plan, which is equivalent to nearly 11% of its current market cap. HP spent over half of its free cash flow (FCF) to buy back $2.1 billion in shares over the past 12 months, and still has $1.2 billion left in its current buyback plan.

Aggressively buying back shares makes lots of sense, since HP's FCF levels are high and its stock valuations are low. HP has repeatedly stated that it plans to return 50% to 75% of its FCF to shareholders via buybacks and dividends over the long term, which makes it a very shareholder-friendly company.

3. The PC market comes back to life

Prior to its split with HPE, HP's PC sales tumbled as smartphones and tablets disrupted the market. But as a stand-alone company, HP shifted gears and launched well-received 2-in-1 devices and ultrabooks to reclaim its crown as the world's top PC maker from Lenovo (OTC:LNVGY).

That comeback coincided with a cyclical turnaround in worldwide PC sales. Research firm IDC recently reported that global PC shipments grew 2.7% annually during the second quarter of 2018, marking its strongest quarterly growth rate since the first quarter of 2012.

HP's shipments rose 7.6% annually during the second quarter as it claimed 23.9% of the market. Lenovo's shipments, mainly boosted by its recent takeover of Fujitsu's PC unit, rose 11.3%, accounting for 20.4% of the market.

HP's ability to consistently outpace the growth of the overall PC market turned a dull, slow-growth business into a much more exciting one. That's why HP's PC revenues, which accounted for 63% of its top line, rose 14% annually last quarter. The unit's operating margin also rose 60 basis points to 3.8% on lower commodity costs.

If the PC market has finally hit an inflection point, HP might be the safest play on that turnaround -- which could also benefit other market leaders like Lenovo, Dell, Apple, and Acer.

The road ahead for HP

Some investors still seem to confuse the "new" HP with the "old" HP, which was bogged down by its slumping enterprise business, poor acquisitions, and unfocused strategies for the PC and printing markets.

However, today's HP is slimmer, smarter, and better poised to grow its core businesses. That's why I own shares of HP, and why I plan to continue holding my shares for the foreseeable future.