Shares of Scorpio Tankers Inc. (NYSE: STNG) fell as much as 11.4% in early trading on Wednesday after the company announced a big capital raise. At 10:50 a.m. EDT, the stock was still down 11.3% and showed no real signs of recovery.

After the market closed yesterday, Scorpio Tankers announced a public offering of 162 million shares at a price of $1.85 per share, raising about $300 million. Not surprisingly, the stock fell to about that trading price early in the day today. 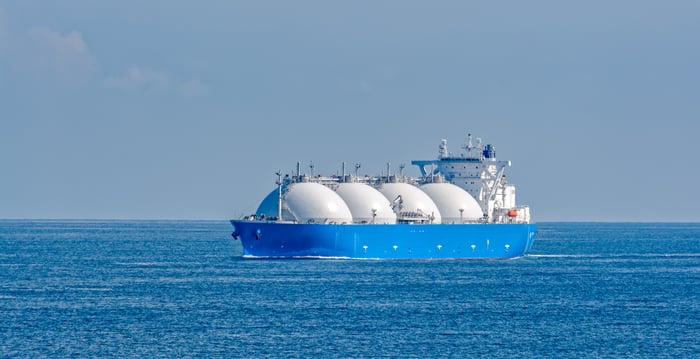 As part of the capital raise, Scorpio Bulkers (NYSE: SALT) will invest $100 million in the related company, increasing its stake to 10.9%.

Raising money isn't always bad for a company, but when investors see a company raising money at a price below the current stock price, there's reason to be worried. Management only said they would use the funds for general corporate purposes, which could mean almost anything. Right now, that open-ended cash raise at a discount to where shares were trading isn't leaving investors very happy, and that's why Scorpio Tankers is down so much today.