Solid phase 2 data has investors excited about the biotech's future.

Shares of Viking Therapeutics (VKTX 1.98%) rose 33.3% in September, according to data from S&P Global Market Intelligence, after the biotech released positive phase 2 data for its nonalcoholic steatohepatitis (NASH) drug VK2809.

The results were quite impressive, with the drug reducing cholesterol levels by 20% or more compared to patients treated with placebo. Fat reduction in the liver went down by 56.5% to almost 60% depending on the dosage, compared to just an 8.9% reduction for placebo. At the best dose, more than 90% of patients had at least a 30% reduction in liver fat, compared to 18.2% of placebo-treated patients.

The data points are substantially better than Madrigal Pharmaceuticals' (MDGL 4.29%) MGL-3196 scored earlier this year, with its 36.3% liver fat reduction and 60.3% of patients achieving a 30% reduction in liver fat. While it can be dangerous to compare drugs across clinical trials, since the companies don't necessarily enroll the same types of patients, the placebo groups in the two trials performed remarkably similarly, with 18.4% and 18.2% of patients taking placebo in Madrigal's and Viking's studies, respectively, having at least a 30% reduction in liver fat. 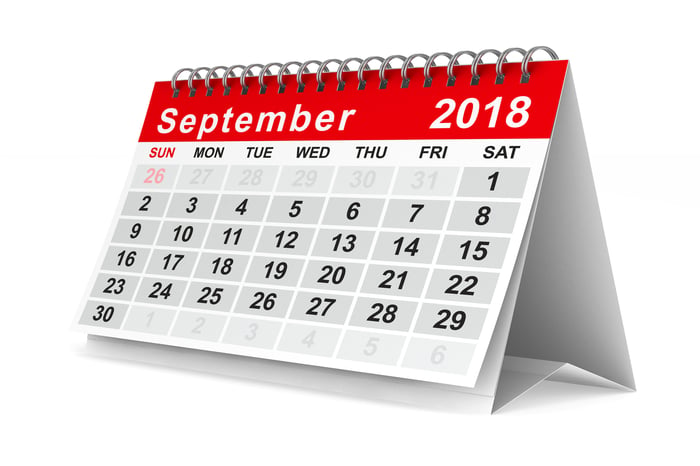 Viking's increased valuation is well deserved considering that the size of the NASH market could be $35 billion and there aren't any drugs currently approved to treat the liver disease. But investors should keep in mind that while Viking appears to be beating Madrigal, there are at least three other companies that are already in phase 3 development.

A phase 3 study for VK2809 is likely to take awhile and be quite expensive, so Viking will probably end up finding a partner to foot the bill. The structure of that deal -- up-front payment, milestones, and royalties -- will likely determine Viking's valuation in the near term, as it can use the cash to fund the rest of its pipeline.

2 Healthcare Stocks Poised to Rocket Higher in the 4th Quarter