New Age Beverages (NASDAQ:NBEV) had a wild ride in September. According to data from S&P Global Market Intelligence, the maker of trendy drinks such as coconut water, energy drinks, and iced tea saw share prices skyrocket as much as 575% on the announcement of a cannabidiol-tinged beverage line. By the end of the month, New Age had lost nearly half of that peak price to stop at a four-week gain of 261%. 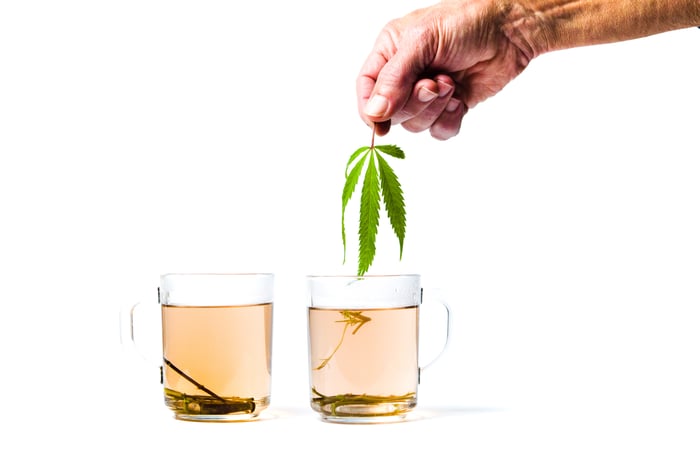 Cannabis-based products are getting a lot of market love these days, and New Age Beverages is just another example. The company hopes to cash in on the substance's improving legal and social status across America, trumpeting cannabidiol (CBD) as a tonic for arthritis, epilepsy, and cancer.

The rumor mill also speculated that mighty Coca-Cola (NYSE:KO) might want to buy New Age Beverages in order to kick-start its own CBD-based business plans.

The stock's massive gains faded in late September as investors backed away from the speculative nature of this company with big dreams and small distribution networks. New Age would almost require a partner of Coke's caliber in order to grab a significant slice of the burgeoning CBD market. If the trend toward legalization and wider social acceptance of cannabis continues much further, the final market opportunity will simply be too large for a business of New Age Beverages' limited manufacturing and distribution scale to handle.

The roller coaster continued in early October as stock prices bounced between $5.66 and $9.48 per share. Expect the volatility to continue through the foreseeable future.