Shares of CRISPR Therapeutics (NASDAQ:CRSP), a novel gene-editing company, jumped by 10% in pre-market trading this morning. The catalyst?

CRISPR and partner Vertex Pharmaceuticals (NASDAQ:VRTX) announced that the U.S. Food and Drug Administration (FDA) agreed to lift the clinical hold on the duo's experimental blood disorder treatment, CTX001. The FDA reportedly placed the hold on CTX001 due to "outstanding questions" about the therapy during its original review. 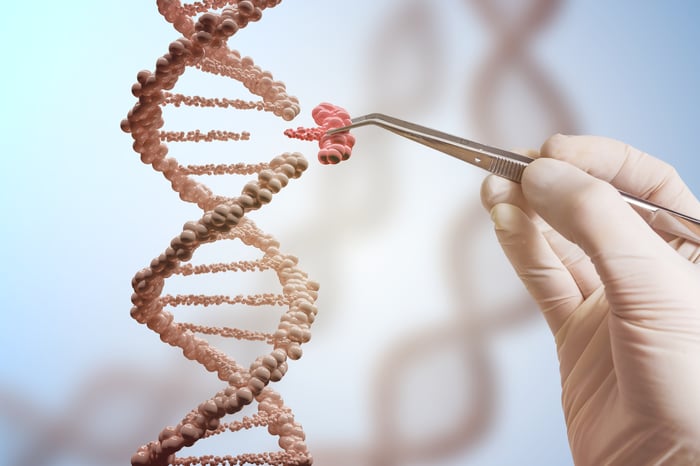 This positive regulatory development paves the way for CRISPR and Vertex to initiate CTX001's long-awaited U.S. trial for sickle cell disease. The therapy is reportedly already in human trials in ex-U.S. territories for another blood disorder known as beta-thalassemia.

Perhaps the most important takeaway here is that this regulatory green light from the FDA will keep CRISPR at the forefront of this emerging field. After all, when the FDA first placed a clinical hold on CTX001 last May, the company only held a slight edge over its fellow CRISPR developers in terms of being the first to trial one of these cutting-edge therapies. And as a direct result, the biotech's stock had lost over 21% of its value since this hold became public knowledge.

Whether the market will see fit to return CRISPR to its high-flying ways remains to be seen. Wall Street has turned decidedly against risky clinical-stage biotechs since the start of October, and CRISPR is about as risky as these particular stocks get due to its wholly unproven platform. That said, this regulatory news is undoubtedly a positive for CRISPR and its shareholders.