While the company announced that it would be presenting at the Cantor Global Healthcare Conference in early October last month, this singular news release over the entire course of September probably wasn't the underlying cause behind the stock's surge northward. Instead, Intercept's shares appear to be simply continuing their nearly year-long rally, triggered by the stronger-than-expected sales of the primary biliary cholangitis drug Ocaliva in recent quarters. 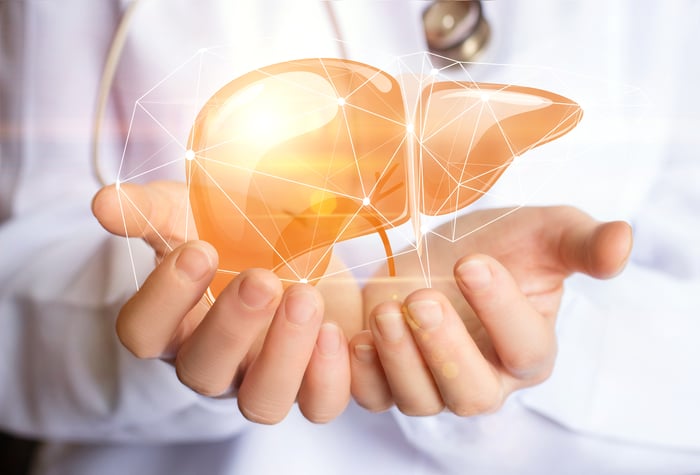 Ocaliva was arguably left for dead by Wall Street after the U.S. Food and Drug Administration slapped the drug with a black-box warning label over dangerous dosing issues in early 2018. However, this stricter label hasn't impacted the drug's commercial launch in any appreciable manner. So, when Ocaliva's second-quarter sales quite literally clobbered consensus estimates, Wall Street quickly changed its tune toward Intercept as an investing vehicle, rewarding the biotech with a number of sizable upgrades.

All eyes are currently on Ocaliva's late-stage trial for nonalcoholic steatohepatitis (NASH) that's set to readout in early 2019. If this trial hits the mark, Ocaliva's sales could top a mind-boggling $8 billion sometime in the next decade. This particular liver disease drug, after all, would be the first to market for NASH -- an indication some analysts believe could be worth up to $35 billion in annual sales at peak.

Ocaliva does need to prove its skeptics wrong, however. As this drug has some well-known safety issues, it may have a hard time gaining a label expansion for NASH, even with positive efficacy results.

Regulators are well aware of the fact that there are roughly 20 different compounds under development for NASH at the moment -- meaning that a safer and more potent option may present itself in the not-too-distant future. That doesn't mean that Ocaliva won't be able to overcome these inherent safety issues, but the drug's late-stage NASH data may need to be stellar to totally quash these concerns. Otherwise, the drug might end up with a highly restrictive label for NASH under a best-case scenario.