As you might already know, the Dow Jones Industrial Average dropped by 832 points on Wednesday. This was the third-largest number of points the Dow has shed in a single trading session ever.

However, there's a lot more to that last sentence than meets the eye. In fact, despite the negative tones you might hear from market commentators on television, this move is no reason to panic. Here are three reasons I'm not at all worried about the recent market plunge and why you shouldn't be either. 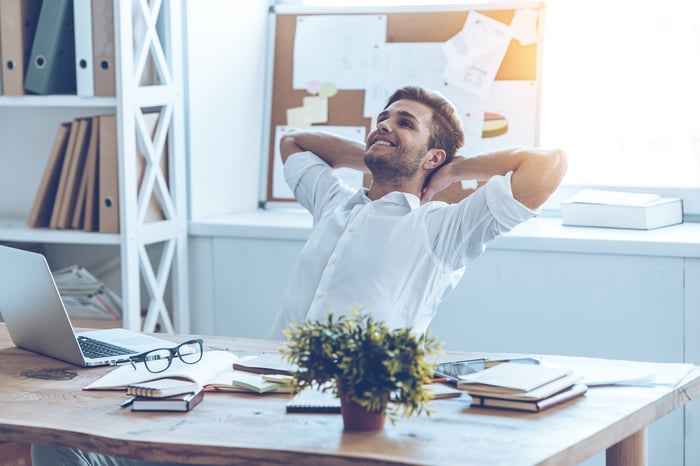 This isn't even a major drop, historically speaking

Sure, the headline "Dow Drops 832 Points" looks scary, and commentators are quick to point out that it's the "third-largest" drop in history, but it's important to take a step back. Market plunges like this have indeed happened many times before.

The number 832 is high, but that's just because the Dow is close to a record high level right now. In terms of the percentage of the loss, Wednesday's 3.3% drop really isn't too bad. In fact, it isn't close to being one of the worst market plunges in history -- the plunge would have needed to be nearly 7% to even be in the top 20.

Here's some context. Since January 1, 2008, the S&P 500 has experienced 17 of its 20 largest one-day point declines in history, including four days when it dropped by 7% or more. And that's on top of a steady downward trend during 2008 and part of 2009 when the index lost 54% of its value altogether. 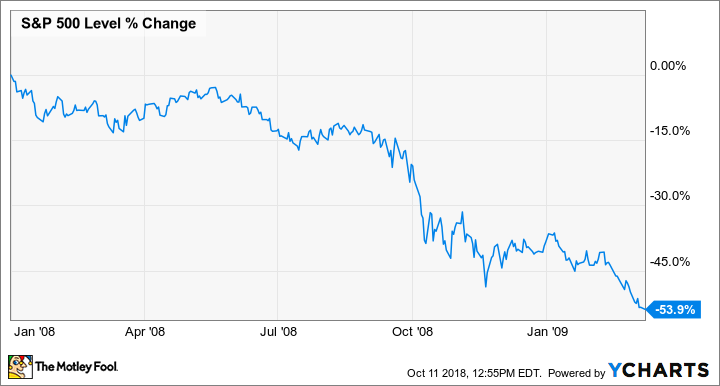 With this in mind, it might surprise you to learn that a $10,000 S&P index fund investment would have grown to more than $23,700 today. In other words, if you had invested in the stock market at the worst possible time in the past 15 years, you would have more than doubled your money.

The point is that moves like this are a normal part of a healthy stock market, and lots of money has been made over the years by long-term investors who largely ignore what the stock market is doing on a day-to-day basis.

To be clear, I don't suggest buying stocks just because their prices went down. Having said that, if you believe in a company for the long run and the drop had nothing to do with the company's business or future potential, a stock market drop is like a sale.

Consider Netflix (NASDAQ:NFLX) as an example. I've been considering adding Netflix to my portfolio for some time, but I thought the stock's price had become a little overheated recently. Well, in Wednesday's market plunge, Netflix lost 8.4% of its share price. Since Oct. 1, Netflix is down by roughly 15%.

Now, is Netflix inherently worth 15% less than it was just 11 days ago? Of course not. Think of it this way: If a new suit you'd been looking at that was a bit on the pricey end was marked down by 15%, it would look like a more compelling buy. The same logic applies to market drops like we saw this week.

In a nutshell, here's why you shouldn't worry: