Apple (NASDAQ:AAPL) has been developing its own original content since the beginning of last year. It has some 24 original series in the works and two films, according to reports. That could be the start of a branded subscription video on demand, or SVOD, service.

But Apple might not be planning to sell subscriptions for its own SVOD service. It might not even run advertisements alongside its original content, despite the growing popularity of ad-supported video on demand. Instead, it could simply give access to its originals to anyone with an iPhone or iPad, according to a report from CNBC. 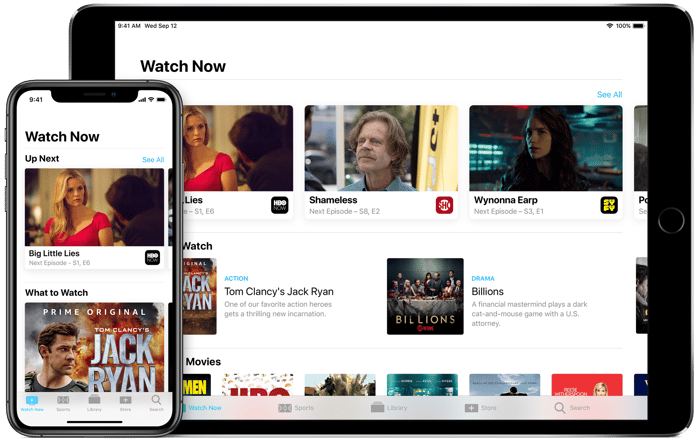 Apple isn't just giving Apple fans two dozen original shows and a couple of films out of the kindness of its heart. While Apple appreciates all the people using the 1.3 billion active Apple devices around the world, it appreciates their potential to buy new services even more.

Services is an increasingly important part of Apple's business, accounting for 18% of revenue in the company's most recent fiscal third quarter. And considering the higher-margin profile of most of its services businesses, it accounts for a larger share of profits.

CNBC's report suggests Apple could use its originals to boost its services segment by introducing its users to other streaming services like Hulu, HBO Now, Showtime, and lesser-known premium services like Boomerang or Shudder.

Apple will use the originals to attract its users to the TV app on iOS, and from there suggest other streaming video apps to download. In that sense, Apple wants to be more like Amazon (NASDAQ:AMZN) Prime Video Channels instead of Amazon Prime Instant Video.

Amazon has had a lot of success with Channels, driving over 1 million subscribers to each of HBO, Showtime, and Starz. It's signed on more and more partners over the past couple of years as well, and it's become one of the largest sources for SVOD subscriptions in the world. One estimate even says Prime Video Channels accounts for 55% of all direct-to-consumer video subscriptions.

It's easy to see why Apple would want in on that action. Driving tens of millions of monthly subscriptions would be a very high-margin revenue source. If the cost of entry is just $1 billion of PG-rated content, Apple will gladly pony up that cash for a crack at the massive and growing market. And like Amazon, it has a built-in customer base in the form of iOS users. Only the iOS user base may be around 10 times the size of Amazon's Prime members.

Apple's TV app currently asks customers to download each individual SVOD service app on their phone and sign up for a subscription with each provider. But Apple could remove a lot of friction from the process by allowing customers to subscribe directly from the TV app, no additional apps necessary. Bloomberg reported Apple was working on such a mechanism earlier this year.

Some SVOD services would likely welcome any opportunity to increase their subscriber numbers. But larger services would likely hesitate to hand over control of their brand and customer experience to Apple. Apple has already seen significant pushback from Netflix with regard to both its TV app and its revenue share of subscriptions.

So, Apple needs to make the TV app so popular that SVOD services are compelled to partner with it in order to maximize their revenue. That won't be easy, but the idea of keeping a walled garden of content in the TV app is smart. It's worked for Amazon to attract millions of customers to other SVOD services, and it could work for Apple, too. If not, the $1 billion will sting a bit, but rest assured Apple won't have much trouble making that back.