Taiwan Semiconductor Manufacturing Company (NYSE:TSM), or TSMC for short, is one of Apple's (NASDAQ:AAPL) most important suppliers. The company has manufactured Apple's A-series chips starting with the A8 and continuing through to today's A12 Bionic chip and has been the exclusive manufacturer of all but one of those chips -- the A9.

According to an Oct. 12 report from DigiTimes, TSMC has not only won the business to manufacture the applications processor that'll power next year's iPhones, but it's going to be the sole manufacturer of those chips. 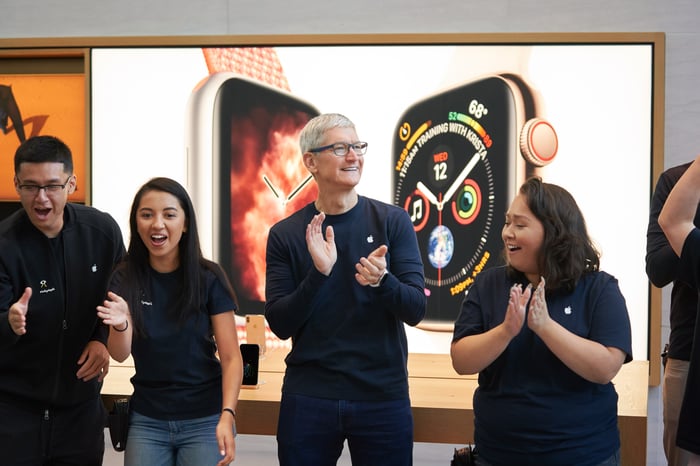 Let's take a look at why you should care.

This meant that while TSMC enjoyed the lion's share of Apple's A-series orders during the last product cycle, it didn't quite have 100% share. That changed this year with Apple's new product launches, as the company discontinued the iPhone 6s-series and iPhone SE devices.

If DigiTimes' report is accurate, then TSMC is set to maintain its 100% share of Apple's A-series applications processor orders during the next iPhone product cycle.

On TSMC's July 19 earnings call, CFO Lora Ho said that sales of 7nm wafers would make up 10% of the company's total wafer revenue in the third quarter of the year, with that figure growing to "more than 20%" in the fourth quarter of the year. That growth is undoubtedly significantly driven by the fact that Apple's latest trio of iPhones are all powered by the 7nm A12 Bionic chip.

Assuming that the upcoming A13 chip will also be manufactured using TSMC's 7nm technology (if TSMC is building it, then the use of 7nm technology is a sure bet), then the roll-out of the new iPhones next year should lead to an increase in TSMC's 7nm revenue as a percentage of its overall sales.

According to EETimes Asia, TSMC will start so-called "risk production" of chips built using its upcoming 5nm technology in April of 2019. This technology, EETimes Asia reports, citing comments from TSMC, will "deliver 14.7% to 17.7% speed gains and 1.8 to 1.86 [times] area shrinks based on tests with Arm A72 cores."

If Apple continues to stick with TSMC -- something I'd be willing to bet on -- I think it's safe to assume that Apple will use the latter's 5nm technology to manufacture the A14 chips that'll power the 2020 iPhone lineup.