There aren't many companies as stable as industrial conglomerate 3M Company (NYSE:MMM). It makes everything from consumer goods to electronics products and has generated cash flows so consistent that it's paid a dividend for more than 100 years.

But over the past year, 3M's stock has been in decline as investors question how much top- and bottom-line growth are ahead. If we take a step back, the picture on whether this stock is a buy or not may become a little clearer. 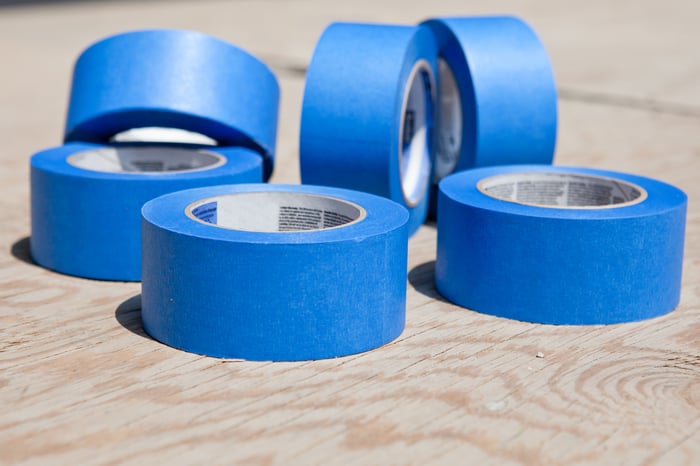 What 3M does well is churn out high-margin products year after year. You can see below that it has a gross margin of nearly 50%, which is very high for a manufacturing company, and if it weren't for adjustments for the tax bill passed last December and an $897 million legal settlement, operating margin and net income would be up in 2018 as well. 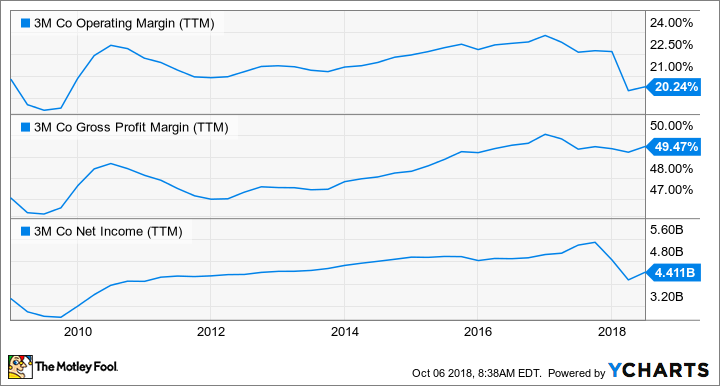 3M's strength in 2018 isn't its innovative new products. Rather, the company's strength lies in its operational excellence and leveraging its existing sales channels to add complementary growth products.

What's new over the last year or two is that growth seems to have returned to 3M. In the second quarter, organic local currency growth was 5.6% and full-year growth is expected to be 3% to 4%. That may not seem like a lot to some investors, but for a company in the industrial business, that's solid growth.

Part of the increased growth is certainly due to a strong economy, which is helping volume and pricing for companies like 3M. But 3M has increased spending on research and development as well, which is helping drive growth. R&D has always been core to 3M, but since the early 2000s, spending on R&D projects has been slowly cut, which will negatively impact organic growth in the long term. It seems that some of that spending -- and therefore growth -- is back. 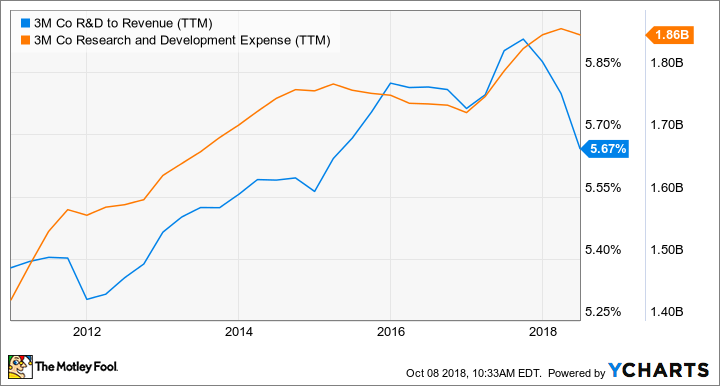 R&D spending will be volatile, but you can see that the broad trend is increasing R&D spending on both an absolute level as well as a percentage of sales. That should help 3M keep growing.

3M is now seeing organic growth in all of its market segments, so there's strength across the board. But I think there are specific areas that investors should keep an eye on.

In electronics, 3M makes key components for OLED smartphone and TV screens, which will likely be a major growth market for the next decade. A less sexy business that's expected to grow in the long term is water filtration in 3M's industrials segment. Safety products, including the recently acquired Scott Safety, also have a bright future as the company rounds out a more complete safety portfolio.

As 3M begins to think of itself as more of a portfolio company, rather than disparate products in many different markets, it should be able to generate more sales from its growing complement of related products.

Given 3M's growth and operational excellence, I think the stock is now a good buy for long-term investors. They can count on a dividend yield of 2.6% to generate income for decades to come, and an adjusted P/E ratio of 22.4 is a decent value for such a stable company.