To be more specific, think about buying small-cap stocks. Why? Small-cap stocks have the most growth potential. It's hard for a stock with a market cap of $500 billion to double. But it's a different story for stocks with market caps between $300 million and $2 billion. 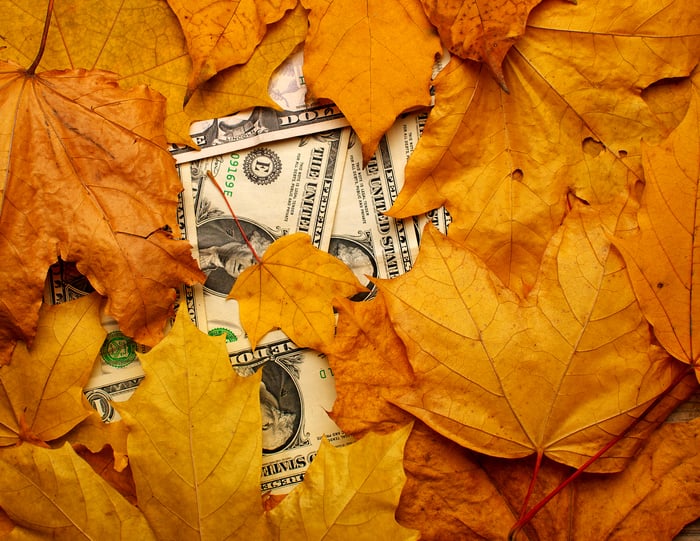 Warren Buffett once said to "be fearful when others are greedy and greedy when others are fearful." Right now, some investors are at least a little fearful about Walker & Dunlop. It's a commercial real estate financing company with a market cap of close to $1.6 billion at a time when interest rates are rising. Higher interest rates definitely aren't good news for commercial real estate businesses.

Walker & Dunlop might have a small market cap, but it's actually a big player in the commercial real estate business. The company ranks as the No. 1 lender in Fannie Mae's Delegated Underwriting and Servicing (DUS) program. It's also Freddie Mac's No. 3 multifamily approved seller/servicer, and the No. 4 lender with the U.S. Department of Housing and Urban Development (HUD).

October looks like a great time to get a little greedy with Walker & Dunlop. Its stock is down more than 10% since the company reported its Q2 results in early August. That has made Walker & Dunlop's valuation even more attractive, with the stock trading at only 8.8 times expected earnings.

Walker & Dunlop could face more challenges if higher interest rates lead to an economic recession. However, the company has weathered plenty of tough economic times during its 81-year history. Investors who have the same kind of long-term perspective as Warren Buffett should really like this small-cap stock.

Novavax is a clinical-stage biotech with a market cap of less than $800 million. The company has no approved products. It has no steady sources of revenue. But all of that could change in the not-too-distant future.

The biotech's lead pipeline candidate is respiratory syncytial virus (RSV) vaccine ResVax. Novavax expects that results from a late-stage clinical study of the vaccine, in maternal immunization of infants, will be available in 2019. If those results are positive, the company hopes to submit ResVax for U.S. approval in the first quarter of 2020 and for European approval around the same time.

There's also another promising candidate in Novavax's pipeline -- nanoparticle-based flu vaccine NanoFlu. Novavax is currently conducting a phase 2 clinical study of NanoFlu and expects to announce results from the study in the first quarter of 2019. Assuming all goes well, the company plans to advance NanoFlu to a phase 3 study in the second half of next year. It's possible that Novavax could file for approval of NanoFlu in 2020.

Market research company EvaluatePharma ranks ResVax as the No. 4 experimental vaccine in development, based on projected 2024 sales of $668 million. The firm thinks that Novavax's combination flu-RSV vaccine in preclinical testing could be an even bigger success, with potential sales topping $1.8 billion by 2024 if it's approved.

Viking Therapeutics is another small-cap clinical-stage biotech with great prospects. Viking's pipeline includes two candidates that could become blockbuster drugs down the road.

VK2809 has received most of the attention lately. Viking announced positive results in September from a phase 2 study of the drug in treating nonalcoholic fatty liver disease (NAFLD) and high low-density lipoprotein (LDL) cholesterol. The biggest news from the study was VK2809's impressive performance in reducing liver fat. This bodes well for the drug's chances in treating nonalcoholic steatohepatitis (NASH), a severe form of NAFLD that currently has no approved treatments.

With a market cap of just north of $1 billion, Viking Therapeutics could be set to move much higher if either of its drugs proves to be successful in late-stage testing. The biotech could also be an attractive acquisition target for larger companies looking to bolster their NASH pipelines.

There's one thing you should know about small-cap stocks, though: They can be pretty risky.

Novavax and Viking Therapeutics are especially risky since their fortunes ride on how well the clinical studies of their drugs go. While there's reason for cautious optimism for both biotechs, investors shouldn't ignore the possibility that clinical studies will be disappointing. Walker & Dunlop isn't quite as risky as the others, but as mentioned earlier, the prospect of even higher interest rates could cause major challenges for the company.

Because of these risks, putting a lot of money into a small number of small-cap stocks isn't a good idea. But for aggressive investors, buying shares of several small-cap stocks with tremendous growth prospects -- like Walker & Dunlop, Novavax, and Viking -- can pay off handsomely over the long run.