Author, show host, and financial "guru" Suze Orman has once again made waves in the financial world. Appearing on the Afford Anything podcast, Orman claimed you'd need at least $5 million if you wanted to "FIRE" -- an acronym for the ability to be financially independent and/or to retire early.

This isn't the first time Orman has used anecdotal evidence to make straw-man arguments that are easily refuted by...well...demonstrable facts. This claim takes that tendency to an entirely new level.

But rather than throw the baby out with the bathwater, we should investigate the spirit of Orman's warning. Valuable nuggets lie there. So does a bunch of nonsense. I'm here to separate one from the other. 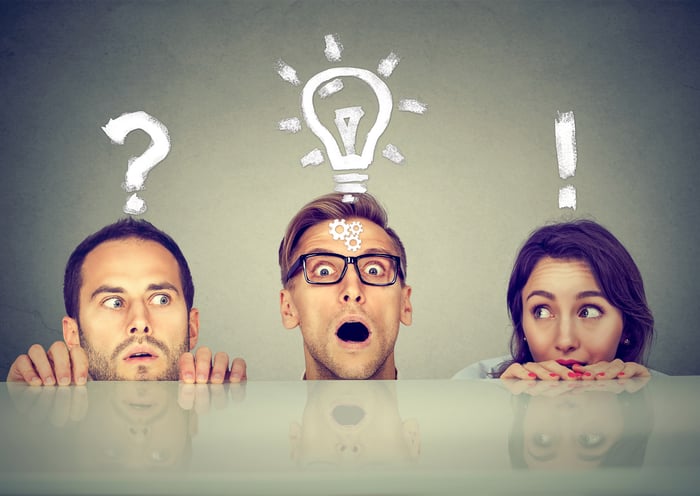 The overarching premise of Orman's argument is solid: You never know what's going to happen. During the podcast, Orman said, "The worker that retires at the age of 30 -- if something goes wrong from 30 until 70 -- now they're in trouble."

She gives several examples of things that can go wrong: You get hit by a bus, you get cancer, AI takes over all of our jobs, tax brackets increase markedly, Social Security and Medicare disappear.

While these concerns might seem neurotic, there's a crucial principal at play: limiting your worst-case scenario.

Earlier this year, best-selling author and trader Nassim Taleb made a very similar point when I interviewed him:

As an investor you need to think about it in these terms: No investor knows what's going to happen to him or her in the future.

Taleb might be the most important risk expert in the world today. The point he makes is in the same vein as Orman's. It's worth heeding: If you retire early, you must protect your downside.

Unfortunately, while the basis of Orman's warning is solid, the conclusions she draws from that warning strain credulity.

Let's consider how she arrived at her $5 million figure in the first place:

There are so many issues with this that I'm not sure where to start.

More than anything, Orman's true detachment from reality -- compared to how the average American experiences daily life -- is on display. This shouldn't be too surprising; she mentions multiple times in the podcast how she lives on her own private island and flies on her own private plane.

Here's how her numbers hold up:

It might be tempting to say, "But the average retired American is poor and miserable." But when we measure these things, we see the exact opposite: Retired Americans are the happiest, least stressed age cohort in America. And they do it -- on average -- with annual expenditures of less than $50,000.

That's why I call this a straw-man argument. The fact that early retirees need to protect their downside is obvious. Health, long-term care, life, homeowners' insurance -- all of these things are vital to support proper early retirement. But pretending there are no affordable and sensible options to mitigate these risks is just plain nonsense.

Here's the bigger problem with Orman's take on "FIRE-ing": Her assumptions make it seem as if she read a single blog post about the movement and drew wild -- and highly inaccurate -- conclusions about what it means.

Alternately throughout the conversation, she says that retiring early is a bad idea because (1) you stop earning money during your compounding years and (2) you'll get endlessly bored by sitting around all day.

I've been reading about -- and practicing -- this lifestyle for almost a decade. There's a reason for the FI (financial independence) to be included in the acronym: It's not about sitting around all day.

Instead, it's about meeting your basic needs and then freeing up the time. With that time, you can focus on the only three things that really matter in creating a fulfilling life:

That is the North Star of the FIRE movement. It is not a hope to become a multimillionaire, own a private island, or ride on a private jet. Sometimes you might get paid for following this North Star, sometimes you won't. The point is that you'll be OK either way.

We'd all be wise to heed Orman's advice about protecting our downside. But we'd be equally wise to ask ourselves where our level of "enough" really is and recognize that anything above it will have significantly diminished returns.

Your life might require $5 million to retire early, but 99% of earth's inhabitants would be just fine with far less.