Shares of AcelRx Pharmaceuticals Inc. (NASDAQ:ACRX) were up 10.6% as of 11:10 a.m. EDT on Monday. The big jump resulted from a positive recommendation by a U.S. Food and Drug Administration (FDA) advisory committee for approval of AcelRx's opioid pain drug Dsuvia. This FDA advisory committee recommendation was announced after the market closed on Friday, Oct. 12, 2018.

AcelRx's first attempt to win FDA approval for Dsuvia wasn't successful. The biotech submitted the drug for approval last year but was turned down by the FDA because of concerns that Dsuvia tablets could be easily dropped or misplaced. With the ongoing opioid epidemic in the U.S., the agency has set the bar high for approval of new opioid drugs. 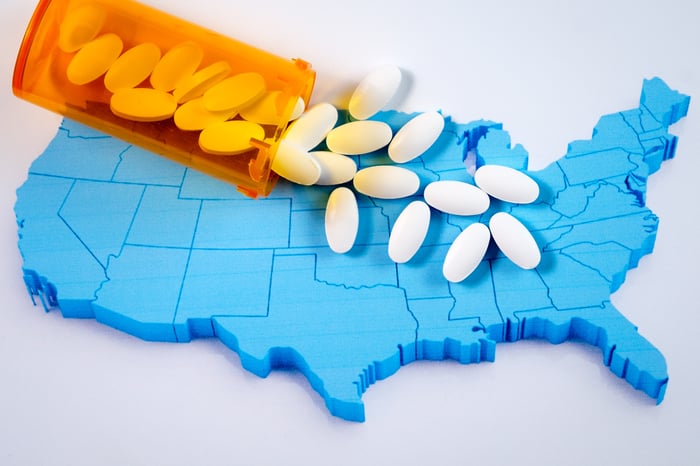 In this briefing document, FDA staff seemed to be comfortable that previous safety concerns for Dsuvia had been addressed. AcelRx's risk mitigation plan that requires the drug to be administered only by qualified healthcare professionals apparently helped ease concerns for potential abuse.

Is Dsuvia now on track to gain final approval from the FDA? It's still not a slam dunk, but AcelRx's chances are better than ever. The FDA doesn't have to go along with the recommendations from advisory committees, but it usually does.

A decision will be known soon. The PDUFA (Prescription Drug User Fee Act) date for completion of the FDA's review is set for Nov. 3, 2018.

Assuming Dsuvia wins approval, the next big thing for investors to watch with AcelRx is how well the company can commercialize the drug. AcelRx intends to quickly beef up its sales force to market Dsuvia. The company thinks the drug holds the potential to generate peak sales of more than $1 billion.