Shares of JELD-WEN Holding Inc (NYSE:JELD) tumbled more than 19% by 10:30 a.m. EDT on Tuesday after the company reported preliminary results for the third quarter that came in lower than expected. It also reported that its CFO would be leaving the company.

JELD-WEN Holding reported that net revenue for the third quarter would come in between $1.13 billion to $1.14 billion. While that's a 14% to 15% increase from the year-ago period, it was lower than expected thanks to weakness in both the North American and European markets. 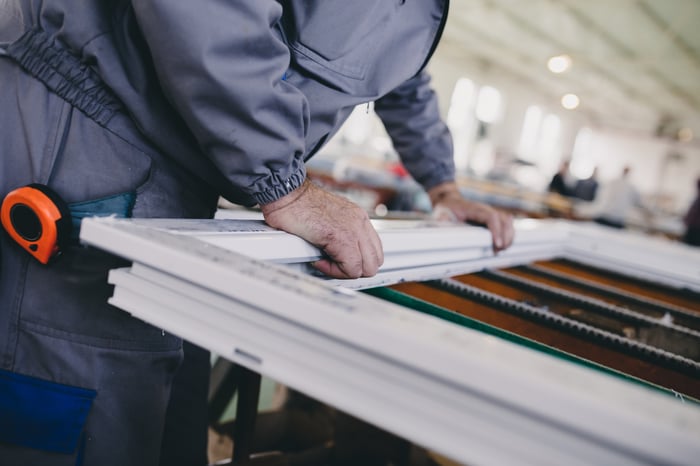 Meanwhile, the company said adjusted EBITDA should come in between $130 million to $135 million. While that was an improvement from the year-ago period's $128.2 million, it came in below the company's $143 million to $153 million guidance range. Not only did the weaker revenue impact earnings, but the company also experienced some operational inefficiencies and an unfavorable product mix, which affected pricing.

On top of announcing disappointing preliminary results, JELD-WEN said that CFO Brooks Mallard would leave the company in early November to "pursue other career interests." JELD-WEN made it clear that his departure wasn't "based on any disagreement with the company or based on any accounting or financial reporting matters." However, investors don't like to see a CFO depart, especially considering that the company also pre-announced disappointing quarterly results.

While JELD-WEN's CEO Gary Michel was "disappointed in our preliminary third-quarter results," he also stated that he's "encouraged with the progress we are making across all aspects of the business." The CEO noted that the company's service issues are behind it, which will allow it to focus on working with customers to establish new opportunities for its products. However, while the company is optimistic about what lies ahead, it needs to execute, which it has had trouble doing in the past year. Because of that, investors are better off considering other opportunities until JELD-WEN proves it can deliver.