Walmart (NYSE:WMT) recently acquired Bare Necessities, a 20-year-old retailer of lingerie, swimwear, hosiery, and other intimate apparel, for undisclosed terms. Walmart stated that Bare Necessities will operate independently, but that it will eventually sell its products on Walmart.com and Jet.com, the e-commerce site it bought two years ago.

The acquisition will also complement Walmart's previous apparel acquisitions, which include the womenswear site ModCloth, the menswear site Bonobos, the footwear and accessories retailer ShoeBuy, and the outdoor retailer Moosejaw. It could also counter Amazon's (NASDAQ:AMZN) expansion into the apparel market with private label brands. 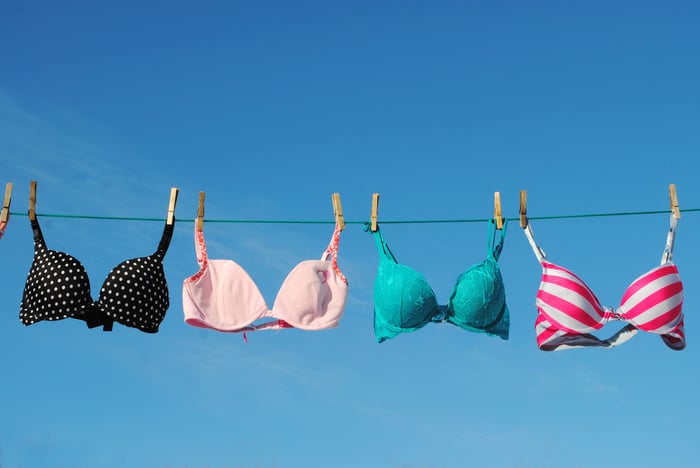 However, Walmart's decision to expand into intimate apparel is interesting because it's a fickle and fragmented market with high growth potential. The global lingerie market could grow from $38.2 billion in 2017 to $59.2 billion in 2024 according to Zion Market Research, making it a high-growth niche in the commoditized apparel market.

Let's see if Walmart's bet on Bare Necessities will pay off.

A closer look at Bare Necessities

Bare Necessities calls itself the "the largest online specialty retailer of intimate apparel." It offers "over 80 of the world's most well-known bra brands in an unmatched size range (bands 28 to 56 and cups AA to O), "along with a wide selection of swimwear, shapewear, sexy lingerie, sleepwear, activewear, panties, hosiery, and men's underwear."

Bare Necessities is privately held, so it doesn't regularly disclose its revenue or earnings. However, the company disclosed that it generated $66 million in revenues back in 2012. ModCloth, Bonobos, and Moosejaw all generated annual revenues of about $100 million prior to being acquired by Walmart, so it would be reasonable to assume that Bare Necessities was approaching the same threshold.

$100 million is a drop in the pond for Walmart, which is expected to generate $516 billion in revenue this year. However, Bare Necessities' online platform would represent a meaningful expansion of Walmart's worldwide e-commerce platform, which generated $18.85 billion in revenues in 2017, or 4% of its top line according to eMarketer. This acquisition, along with ModCloth, should strengthen Walmart's presence in the womenswear market -- which has been a tough market for both superstores and department stores. 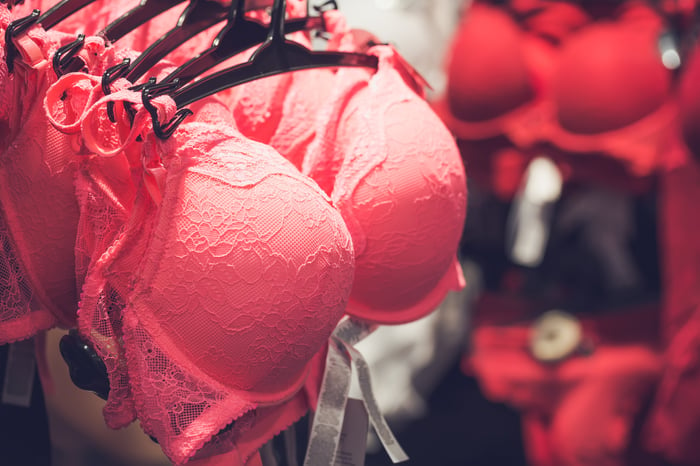 Checking out the competition

Walmart's big moves into trendy womenswear and intimate apparel could hurt Target (NYSE:TGT), which has a reputation for selling younger and trendier apparel. Target offers a wide range of lingerie, intimates, hosiery, and swimwear, including "nude" skin tone underwear, which it recently expanded with different shades for various skin tones.

Last quarter, L Brands reported that Victoria's Secret's total comps fell 1%, or 5% on a store-only basis (which excludes direct-to-consumer channels). Walmart's support could help Bare Necessities grow much faster and cause more pain for L Brands over the next few years.

Bare Necessities' expansion also could cause problems for American Eagle Outfitters' (NYSE:AEO) activewear and lingerie brand Aerie, which built its reputation as the "anti-Victoria's Secret" with untouched ads featuring models of all shapes and sizes. Aerie's comps rose 27% last quarter thanks to robust demand for its apparel, bras, underwear, and swimwear. Bare Necessities' emphasis on an "unmatched" range of sizes could appeal to the same customers who are drawn to Aerie's body-positive marketing campaigns.

But it's probably taking aim at Amazon

Walmart's move might indirectly impact Target, L Brands, or AEO, but the company's real goal is to counter Amazon. Amazon sells over 120 types of private label products according to TJI Research, with apparel accounting for a large percentage of that total.

Walmart likely bought Bare Essentials to counter Amazon's alarming growth across the apparel market. It's unclear if Walmart can hold Amazon at bay, but investors should expect the retailer to gobble up other small apparel retailers to widen its moat.