Retirees looking for the best dividend stocks should seek out those that offer a sound business model that can back up the reliability of a quarterly payment. From there, they can choose companies that can hopefully grow those payouts and even see capital appreciation added into the equation.

We asked three Motley Fool contributors to pick out a stock that can meet these goals, and they chose Telkom Indonesia (NYSE:TLK), Royal Dutch Shell (NYSE:RDS.A)(NYSE:RDS.B), and Colgate-Palmolive (NYSE:CL). 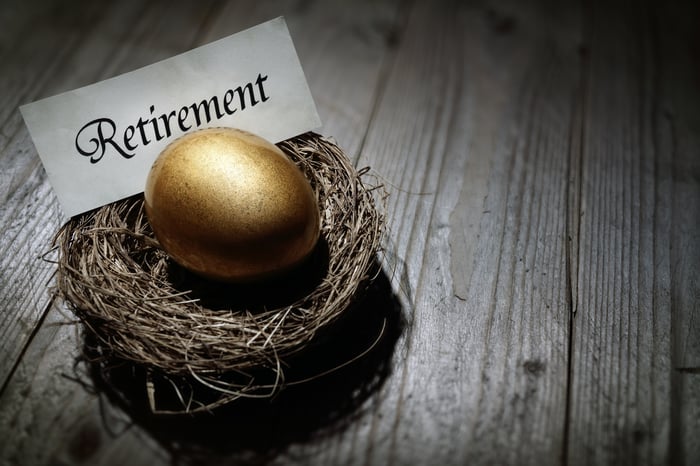 Quality over quantity is a winning strategy all around the world

Anders Bylund (Telkom Indonesia): This is not your average overseas telecommunications provider. Telkom Indonesia holds a dominant market share in one of the world's largest consumer markets, boasting 178 million cellphone subscribers and a surprisingly lean balance sheet. And it all boils down to a rock-solid dividend policy for the ages.

Telkom's investors have suffered a 25% negative return over the last year as Indonesia's wireless market muddled its way through an intense price war. Management eventually decided to let the low-cost competition win over a few million price-sensitive customers, focusing instead on expanding its 4G network with a view to 5G installations in the near future. Rather than racing to the bottom of an unwinnable pricing battle, Telkom protected its margins in preparation for a more profitable long-term future.

So share prices fell while Telkom boosted its dividend payouts, driving the dividend yield up to 3.9%. The company is poised to turn up the heat on the bottom line, armed with Indonesia's highest-quality wireless network and brand-new hooks into the worldwide internet -- Telkom recently launched another geostationary networking satellite and partnered up on a fast fiber-optic link from Indonesia to California.

And all of this was done without sinking Telkom into the morass of debilitating debt in which most telecommunications giants end up. Where Verizon (NYSE:VZ) has to manage a debt load of 5 times its annual EBITDA profits, Telkom Indonesia's debt-to-EBITDA leverage ratio stops at a lean 2.4.

This company is planning for the long term and preparing to turn a corner. That's the kind of horsepower I want behind the income-generating stocks in my retirement portfolio.

The long and the short of it

John Bromels (Royal Dutch Shell): Whether your retirement is right around the corner or decades away, you'll find something to like about Royal Dutch Shell. That starts with a best-in-class 5.8% dividend yield, which will reward investors quarter in and quarter out. Shell didn't cut its dividend even during the devastating oil price slump of 2014-2017, and it's unlikely to do so in the future unless something catastrophic occurs.

Catastrophe doesn't seem likely in the near term, given Shell's superior performance in its most recently reported quarter, Q2 2018. During the quarter, Shell's net earnings increased by 291% year over year to just over $6 billion. It also posted the best free cash flow it's seen in four years, which it plans to use to start buying back shares, eventually projecting $25 billion in share buybacks by 2020.

If your retirement is a bit farther away, you'll be pleased that Shell has made strategic investments in liquefied natural gas (LNG), even purchasing British gas giant BG Group at a discounted price during the oil price slump. Shell expects the market for LNG to grow even faster than the oil market over the next decade, and natural gas as a heating fuel is less susceptible to disruptive technology than oil-derived automotive gasoline.

With oil prices currently high and moving higher -- Brent Crude is now trading above $80/barrel -- now is an excellent time to make this high-yielding oil and gas giant part of your retirement portfolio.

Rich Duprey (Colgate-Palmolive): Retirees don't have to abandon growth, but preservation of capital is more essential. Finding a company that could deliver both would be the best of all worlds, and investors looking for a stock for their retirement years can find that in Colgate-Palmolive, a consistent, steady consumer-goods stalwart.

Few companies have been in consistent operation as long as Colgate (it was founded in 1806), and fewer still have paid investors an uninterrupted stream of dividends longer than the toothpaste company (they began in 1895). That it also belongs to a rarified group called Dividend Kings, or companies that have increased their payout every year for 50 years or more, makes it a unique triple-play (Colgate has raised its dividend every year since 1963).

However, Colgate-Palmolive is more than just toothpaste and dish soap, owning brands like Ajax, Formula 409, Irish Spring soap, Hill's pet food, and Speed Stick deodorant, some of which you probably have in your own cabinet. Millions of others do, too, and that's what gives it its staying power, because it owns brands that consumers return to again and again.

No business is perfect, of course, and there are risks, too. For example, three-quarters of the company's revenue is derived primarily from emerging markets, making it subject to currency exchange rate fluctuations as well as political upheaval. The financial and economic crisis in Venezuela caused it to deconsolidate its operations there in 2015 after 72 years of business in the country.

Still, it has been a steady performer for over 200 years, and it will likely remain such throughout your retirement as well as those of your children -- and maybe even your grandchildren.