Collaboration and productivity software company Atlassian (NASDAQ:TEAM) reported its fiscal first-quarter results after the market closed on Oct. 18. A massive non-cash charge knocked down reported earnings, but both revenue and adjusted earnings grew at an impressive pace. Here's what investors need to know about Atlassian's first-quarter results. 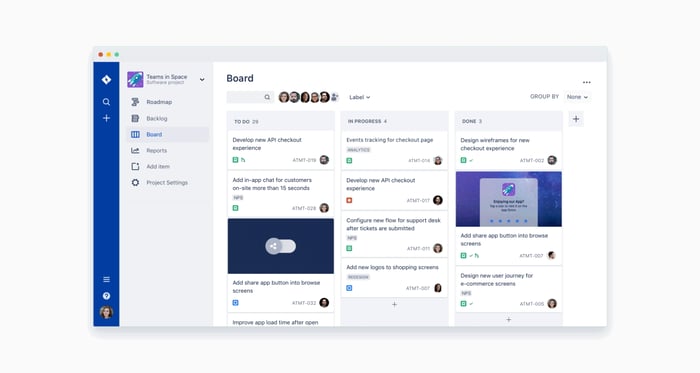 During the earnings call, CFO James Beer reiterated that he expects the company's shift to the cloud to put pressure on gross margins: "We do still believe that over time as we have more and more of our mix of business move to the Cloud that we would see a gradual pressure downward on gross margins. ... I would expect a lower gross margin over the remainder of the year."

Co-CEO Scott Farquhar provided some details on the company's acquisition of OpsGenie: "They have about 3,000 customers at the moment, and the biggest thing we can do is introduce our 130,000 Atlassian customers to OpsGenie. The product itself is a fantastic product, fully featured, and we're really excited [to] introduce our customer base to that product, and it's definitely a big need in the market."

Atlassian continued to produce consistent revenue and adjusted earnings growth in the first quarter, and its guidance calls for more of the same in the second quarter. Beer expects "modest annual increases in our operating and free cash flow margins over time," meaning that those cash flow numbers should grow a bit faster than revenue.

Atlassian's OpsGenie acquisition isn't quite as big as its acquisition of Trello last year, and it doesn't come with a large base of non-paying users that can be converted into paying users over time. But it does further fill out Atlassian's portfolio of products, which should help keep the company growing.