Please ensure Javascript is enabled for purposes of website accessibility
Log In Help Join The Motley Fool
Free Article Join Over 1 Million Premium Members And Get More In-Depth Stock Guidance and Research
By Jason Hall – Oct 19, 2018 at 6:02AM

The future may be wireless, but it won't only be wireless. And CenturyLink is just too cheap -- and pays too big a dividend -- to ignore.

Legacy landline telecom CenturyLink, Inc. (LUMN -0.91%) gets plenty of grief. And understandably so, considering that its legacy business, copper wire landline and internet connections is a steadily declining business while fiber and wireless technologies are driving the future of connectivity. And as my colleagues regularly note, CenturyLink's competitors are leading the way there.

But it's not binary: Just because other telecoms are leading the charge to wireless and have bigger fiber networks, that doesn't make CenturyLink a bad investment. Considering that last year's merger with Level 3 Communications is already leading to fundamental improvements in its business, anyone who disregards CenturyLink simply because it's not AT&T (T 1.01%),  T-Mobile US, or Verizon Communications (VZ 0.26%) is missing the point. 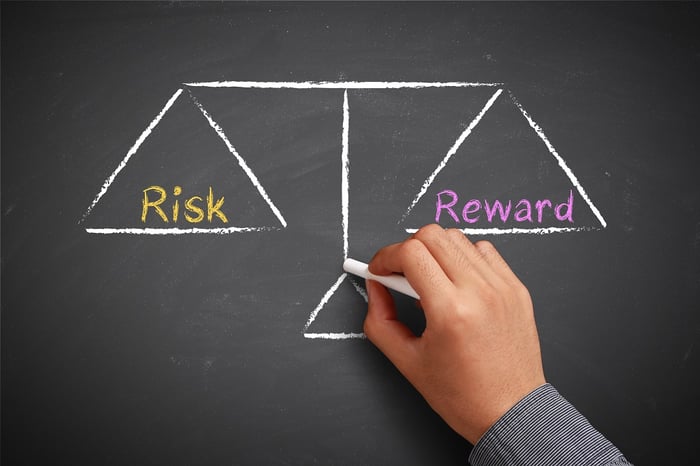 But is CenturyLink a buy? After all, it's not just that it's not one of the more wireless-focused telecoms. The company has steadily paid out far more in dividends than it has generated in GAAP earnings in recent years, and it added a substantial amount of debt following its transformative merger with Level 3 Communications.

In short, my analysis is that, yes, CenturyLink is indeed a buy at current prices. Keep reading to learn why I've reached this conclusion.

A business in transition, not just one in decline

One of the usual arguments against CenturyLink is that its core business is in decline. And frankly, that's absolutely true. When it reported second-quarter earnings, the company reported a small dip in revenue. This wasn't unexpected as the company continues to see its land line customer base, as well as lower-speed internet subscribers decline. Even its business-related revenue fell slightly in the quarter, though that was also heavily tied to legacy landline business.

But at the same time this decline is happening, CenturyLink is growing more profitable parts of its business. The company added over 50,000 higher-speed internet subscribers, and also saw an uptick in higher-margin services for business and enterprise customers. While total revenue fell, margins improved enough to generate the same gross margin dollars as last year.

As services become a bigger portion of the mix, it's reasonable to expect CenturyLink's margins to continue improving, driving profits and cash flows higher. 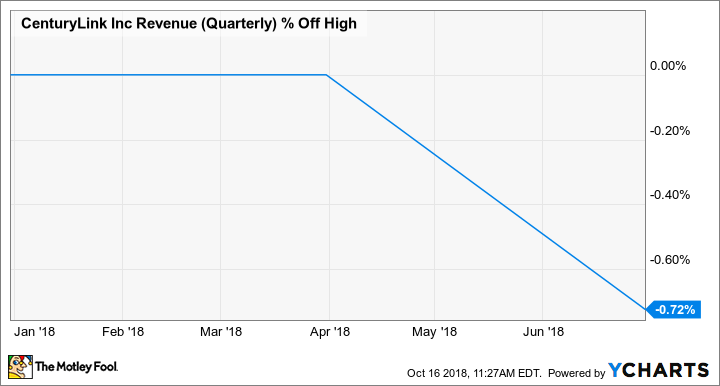 The company is also driving down expenses as well. Selling, general, and administrative expenses fell $140 million last quarter, partly accounting for what management says are $675 million in annualized cost synergies related to integration of Level 3.

Between the improved margins and lower expenses, cash flows are also improving. The company substantially raised its full-year guidance for free cash flow, increasing it by $450 million to a range of $1.3 billion to $1.5 billion, and subsequently announced it would redeem $1.34 billion in debt.

By paying down this debt, which is pays between 7% and 7.5% on -- depending on the particular tranche -- CenturyLink will further reduce its expenses, freeing up even more cash flows to repurchase more debt or reinvest into improving the business.

If you're looking just at GAAP earnings to measure its valuation, CenturyLink doesn't really seem like a good deal. 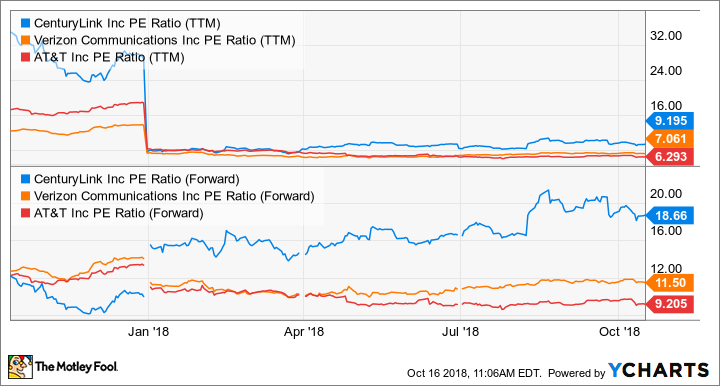 Its much-bigger, wireless-focused peers are certainly a better deal based on earnings. But I'm not sure that GAAP earnings is the best measure of CenturyLink today, and for a variety of reasons. But most importantly, cash flows are critically important to these businesses, which must invest significant amounts of capital to maintain and improve their networks every year, while retaining ample amounts to pay dividends, reduce debt, or make acquisitions.

When we look at both operating and free cash flows, CenturyLink is cheap. 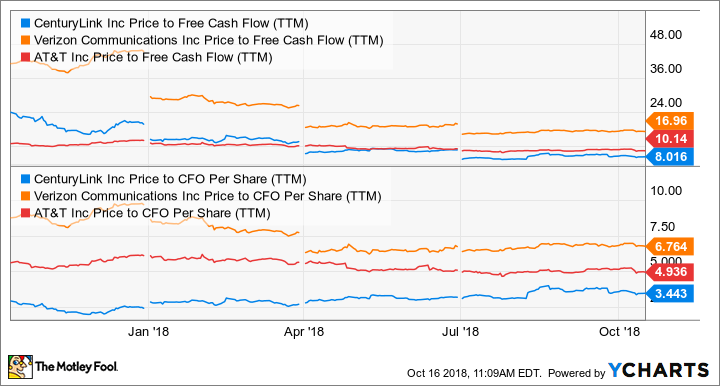 And it's also on a far more sustainable path than many would have you think. Its earnings-based payout ratio may be well above 100%, but its cash payout ratio leaves plenty of room to spare (and is set to get even better). 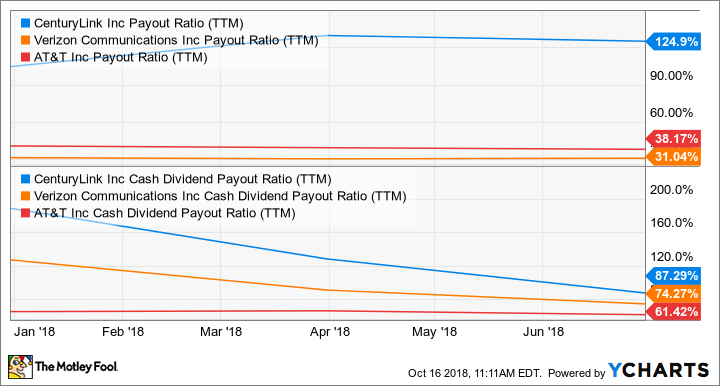 It may not be a sexy growth stock, but there's deep value in this solid business

Sure, CenturyLink won't get much love from the tech media, and it doesn't have the same name recognition as the big-brand wireless providers. But it's also a much stronger business than many seem to think, and I expect management to continue improving the balance sheet and strengthening the most valuable parts of its business in the years to come.

Add in a dividend that's far more sustainable than it seems, while yielding a whopping 10.3% at recent prices, and CenturyLink is a solid buy in my book.

Lumen Technologies: Closer Than Ever to a $10.2 Billion Windfall
351%