Fifteen years ago Activision Blizzard (NASDAQ:ATVI) released its flagship game Call of Duty, and it's been a stalwart ever since, generating billions of dollars in revenue. But the game may be past its prime, despite the new Call of Duty: Black Ops 4 hitting $500 million in sales in its first three days on the market. 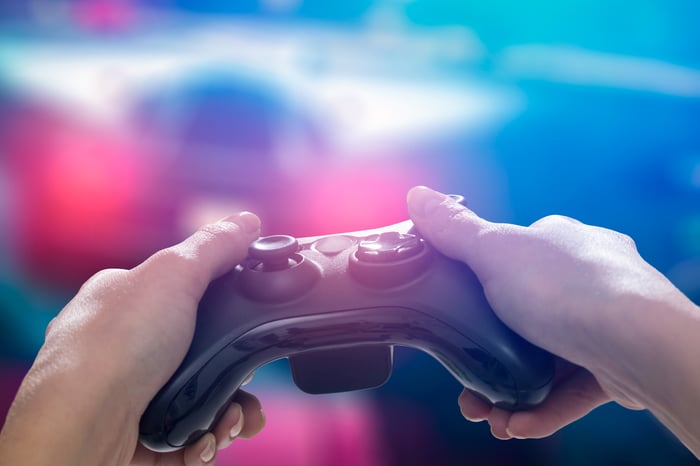 The success of Call of Duty: Black Ops 4 shouldn't be a huge surprise given the legacy success of the franchise and the marketing that went into Black Ops' launch. The reason I'm not impressed by the $500 million sales number is that Activision Blizzard has become an expert at maximizing revenue per game. At launch, the company offered a $129.99 digital deluxe enhanced edition and a Black Ops Pass for $49.99, among other digital revenue generators. So the fact that Black Ops 4's launch was only half as big as it was just a few years ago tells me the franchise is in decline.

Fortnite's success could be a big reason Call of Duty isn't as big a deal as it once was. It's the hottest game of 2018, and the multiplayer battle royale mode that's taken the industry by storm isn't going to be easily replicated in the Call of Duty franchise. It may be time to admit that Call of Duty's best days are behind it -- and that might be OK for the business.

What's good about Activision Blizzard's business model is that it doesn't need any single game to be a smash hit like it once did to be successful financially. Call of Duty can have a bad year and the company will still be fine.

Mobile is one of the biggest growth initiatives for the company, and almost entirely leaves out Call of Duty. The King Digital business is focused on mobile, and management is looking to tie in other games as well.

Massively multiplayer online role-playing game like World of Warcraft are also a key to Activision Blizzard's financial success. These games bring in recurring revenue and can lock in consumers for months or years. They're not as much of a one-off purchase as Call of Duty.

Finally, esports is where Activision Blizzard really sees a lot of growth. The Overwatch League was recently expanded, and there are hundreds of millions of dollars in advertising and partner fees coming in from the booming esports business. There's a lot more excitement for esports than Call of Duty at the moment.

A legacy game is losing its luster

It used to be the case that Activision Blizzard's results would be driven by the success or failure of the Call of Duty franchise each year. But the company has moved to more digital purchases and more recurring revenue models, which will increase margins and smooth out earnings long-term. That will help ease the pain from a fairly disappointing launch, despite the big numbers Call of Duty: Black Ops 4 brought in the opening week.