Tuesday was not a good day on Wall Street, as markets reacted negatively to a range of factors including global macroeconomic fears of a slowdown in China and their potential impact on earnings of big multinational corporations. Major benchmarks all fell, although they did manage to claw back much of their losses to finish above the worst levels of the session. Yet amid the carnage, some companies had bad news that hit their individual shares much harder than the rest of the market. DISH Network (NASDAQ:DISH), 3M (NYSE:MMM), and Compass Minerals International (NYSE:CMP) were among the worst performers on the day. Here's why they did so poorly.

DISH deals with a downgrade

Shares of DISH Network dropped 8% after the satellite television provider suffered a downgrade from an investment analyst company. Analysts at Macquarie cut their rating on DISH from neutral to underperform and reduced their price target on the stock by $5 to $31, pointing to continuing pressure on video subscriptions as competition from streaming companies keeps building. DISH is in a tough spot right now, as it has to decide whether to double down on growth opportunities or accept that competitive dynamics in the industry are working against it. No matter which course it chooses, DISH will face challenges, and shareholders seem worried that the cards are stacked against the company at the moment. 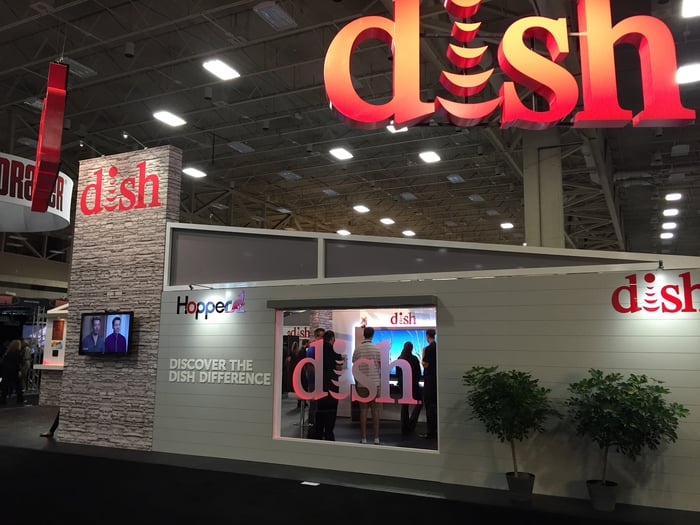 3M stock lost 4% after the industrial giant and Dow component reported its third-quarter financial results. 3M said that sales eased lower by 0.2% from year-earlier levels, and although net income was higher by 8%, the conglomerate wasn't able to match the numbers that most of those following the stock had hoped to see. In addition, 3M pointed to potentially difficult conditions ahead, cutting its full-year earnings guidance by $0.30 to $0.45 per share to a new range of $9.90 to $10 per share. In conjunction with some other key earnings results from the industrial sector, 3M's report raised new fears that cyclical growth could come to an end and bring the bull market to a halt with it.

Finally, shares of Compass Minerals International plunged 19%. The provider of road salt and fertilizer products issued a preliminary third-quarter update on its salt business and also revised its full-year earnings guidance. Compass got to the point quickly, simply saying that its production rates at its salt mine in the Canadian province of Ontario were lower than it had expected. New guidance calls for earnings of $2.20 to $2.50 per share for the full 2018 year, down from previous projections of $2.75 to $3.25 per share. Even if more normal winter weather finally makes it ways into the key markets that Compass Minerals serves, there's no guarantee that the company will be able to ramp up production in order to meet any resulting higher demand -- leaving shareholders potentially disappointed no matter what happens.