PayPal Holdings (NASDAQ:PYPL) gave investors further validation of its long-term growth strategy by posting stellar growth rates across key operating metrics for the third quarter. To top it all off, the company announced two big partnerships with American Express (NYSE:AXP) and Walmart (NYSE:WMT).

The deal with American Express completes the circle of partnerships PayPal has signed in the last few years with big banks and credit card brands. Walmart could prove instrumental in continuing to turn PayPal into one of the most ubiquitous brands in the daily lives of consumers.

We'll review what management had to say about these partnerships and more below. 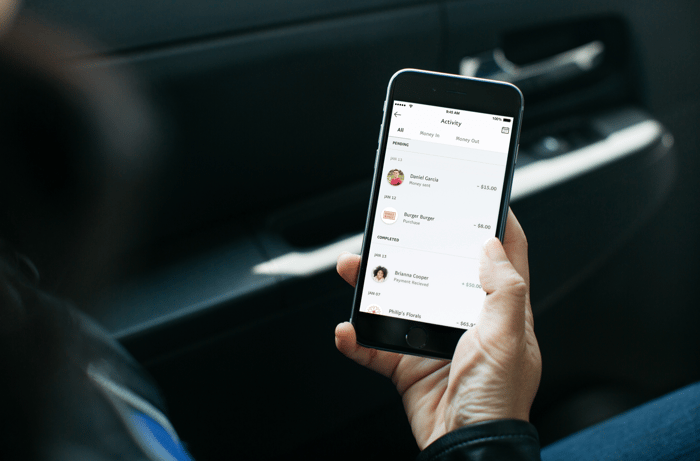 Q3 represents the fourth consecutive quarter with 15% growth in total active accounts, demonstrating the success of our customer-centric model and the continued demand for our industry-leading payment solutions. -- CFO John Rainey

When PayPal separated from eBay in 2015, PayPal's active customer accounts were growing 10% year over year, and this metric was actually decelerating. Since then, management has aggressively pursued a customer choice strategy by opening up the PayPal platform through partnerships with banks and credit card companies. The result has been an acceleration in customer account growth over the last few years, as these partnerships have given customers more payment options at checkout.

Total active customer accounts stood at 254 million at the end of the third quarter. Management credited new customer growth to the core PayPal platform and the Venmo peer-to-peer social payments app, which is growing phenomenally well.

For the third quarter in a row, Venmo posted yet again another record for net new actives. This is driving accelerating network effects as volume grew 78% to $16.7 billion with an annualized run rate now approaching $70 billion. -- CEO Dan Schulman

Venmo has been a very popular app with millennials, and it's becoming an even more integral part of the daily routine for many users thanks to the new Venmo card. Since rolling out this new funding option for purchases, engagement has soared, with payment volume growth of more than 300% month over month between August and September. The top two most popular payment categories have been supermarkets and restaurants, which shows how Venmo has become a go-to payment option for its users.

The only problem for PayPal is that Venmo is free to use, but only if transactions are funded by debit card or cash. Customers are charged a small fee when they fund a transaction with a credit card or use the instant transfer feature to move cash to a bank account. Schulman said that "24% of Venmo users have now participated in a monetizable action." This is up from 17% in the year-ago quarter. Schulman called this "a tipping point" in their effort to turn Venmo into a revenue-contributing service for the company.

Fueling the upward trend in engagement has been the more than 35 partnerships management has signed with not only leaders in finance but also other tech giants, including Apple and Samsung Electronics to include PayPal as a funding option in those companies' digital wallets.

PayPal just signed two more big ones with American Express and Walmart. Schulman said their partnership with American Express will allow "a deep integration of our Venmo and PayPal's peer-to-peer capabilities within the Amex platform." This deal also opens up American Express reward points for PayPal customers to use at checkout at millions of merchants around the world that accept PayPal.

The partnership with Walmart could be huge. The marriage of a ubiquitous digital payment provider with a ubiquitous retail store just gives PayPal's customers more convenience in accessing the cash in their accounts. Schulman mentioned that there are still tens of millions of people who haven't yet been able to benefit from a digital economy. PayPal's presence at one of the most visited stores in the world could go a long way toward attracting these customers and driving higher engagement across the company's payments platform.

PayPal continues to knock the cover off the ball every quarter. Excluding the loss of revenue from the recent credit receivables sale to Synchrony Financial, PayPal's revenue grew 21% year over year in the third quarter. That translated to strong growth in non-GAAP earnings per share of 26% over the year-ago quarter.

The consistency of PayPal's 20%-plus growth rates just points to the massive long-term opportunity ahead. "Interbrand recently announced that PayPal had increased its brand value by 22% in the last year, making us one of the top six fastest growing brands in the world," Schulman said. "These kinds of results are what creates sustainable and long-term value for our shareholders."