Investors in three-dimensional printer-maker 3D Systems (NYSE:DDD) stock got a pleasant surprise this morning, when an upgrade from investment banker Piper Jaffray sparked a run on 3D stock and sent it up as much as 8.4% as of 1:35 p.m. EDT.

And yet, was what Piper had to say about 3D Systems really as encouraging as all that? 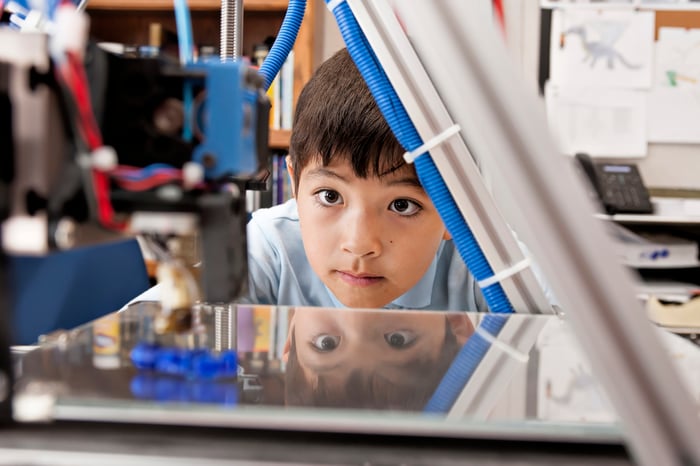 Actually ... no, it wasn't. Although Piper Jaffray did upgrade 3D Systems shares this morning, the upgrade only took 3D stock from "underweight" to "neutral." Moreover, the price target Piper posited for the shares -- $17 -- is actually more than $1 below where 3D stock now trades after its rapid run-up.

Rather than an endorsement of 3D Systems stock in particular, Piper's upgrade today reads more like an expression of confidence that the 3D printing industry as a whole "remains healthy and the long awaited move to production use of 3D printers is gaining momentum." Within that industry, however, Piper expressed more optimism about the prospects of 3D Systems rivals Voxeljet (NASDAQ:VJET) and Materialise NV (NASDAQ:MTLS) than it did about 3D Systems stock, per se.

Now here's what's really curious: In response to Piper Jaffray's announcement that (1) it thinks 3D Systems stock is worth less than investors are now paying for it, and (2) it thinks Voxeljet and Materialise offer better bargains, investors today are bidding up shares of 3D ... and selling off shares of Voxeljet (down 4.1%) and Materialise (down 1.4%)!

A crazy response to be sure -- but then again, when was the last time you heard of investors being accused of rational exuberance?