Shares of iRobot Corporation (NASDAQ:IRBT) were down 11.2% as of 2:15 p.m. EDT Wednesday after the home robotics company announced significantly better-than-expected third-quarter results, but warned that tariffs will pressure earnings in the coming quarters.

More specifically on the former, iRobot's quarter revenue soared 28.8% year over year to $264.5 million, driven by strong demand for its innovative new Roomba models. That translated to more than 44.3% growth in net income to $31.9 million, and a 47.4% increase in net income per share to $1.12. Most investors were only modeling EPS of $0.48 on revenue of $245 million. 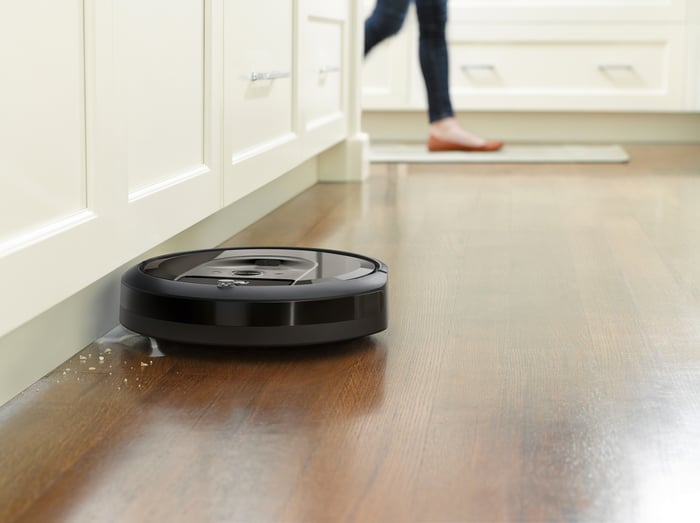 CEO Colin Angle noted that the company saw growth in all major regions, adding that he's "very excited" for its position going into the upcoming holiday season.

But iRobot also told investors it will incur a $5 million negative impact to operating income in the fourth quarter due to a new 10% tariff on vacuums manufactured in China. In addition, during the subsequent conference call, Angle noted that those tariffs are scheduled to jump to 25% on Jan. 1, 2019.

It's indicative of iRobot's strength that it was able to increase its 2018 guidance in spite of the new tariffs. But the more likely culprit of today's drop is the scheduled rise in the tariff rates next year, which management predicts will "put moderate pressure on the strong [robotic vacuum cleaner] category."

To be fair, iRobot also says it's working to adjust its product mix and pricing to sustain momentum in the near term. But as it stands, the company will not increase its prices before the end of 2018. Over the longer term, Angle said iRobot "will continue to look for cost-reduction opportunities to help mitigate the impact on prices, margin, and the long-term growth of the market segment."